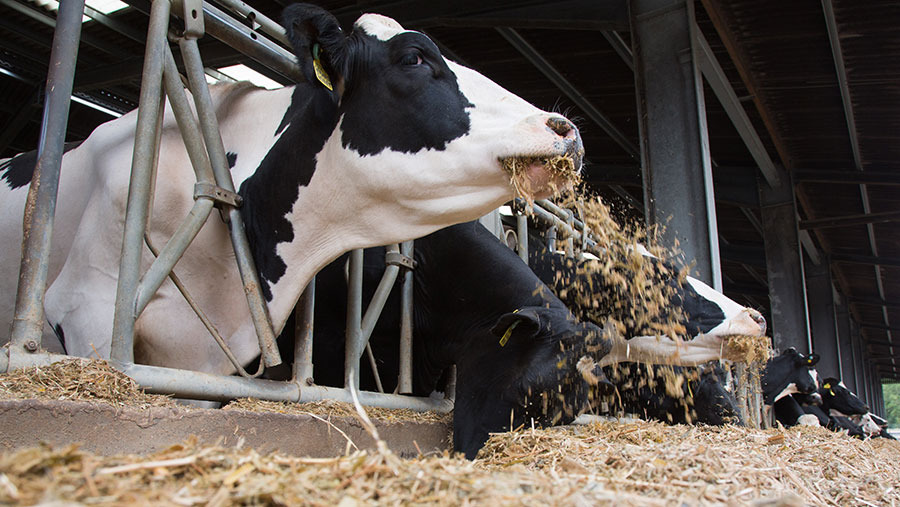 Dairy producers should consider trimming capital expenditure and fixing costs to build up a cash reserve ahead of potential shocks from a no-deal Brexit, a dairy farm consultant has said.

Speaking to Farmers Weekly ahead of UK Dairy Day (Wednesday 11 September), he said farmers should look to adopt these steps, even if the EU grants the UK another short-term extension to the Brexit deadline, as the prolonged uncertainty will also be damaging to the industry.

“This is a fast-moving situation, so farmers need to liaise with their suppliers more regularly to keep updated,” said Mr Lott.

Feed costs – which make up 30-40% of total dairy enterprise spending – have now fallen back to about the three-year average, after cereal costs plummeted following a large UK wheat and barley harvest.

A weak pound has increased the cost of imported protein, such as soya, but ongoing issues – like the trade dispute between the US and China – is limiting price rises, he said. This means it is a good time to lock in winter feed costs.

The government must be prepared to step in to support dairy producers and the red meat sector in the event of a no-deal Brexit, to shield them from short-term cost increases or price falls, Mr Lott warned.

10 prudent steps dairy farmers can take to buffer against Brexit

However, he said farmers should not look to do anything that would decrease production or damage the long-term performance of their business.

Arla producers – who will still be linked to a Europe-wide producer group – and businesses on aligned contracts are likely to be the most shielded from volatility, while other liquid producers will be the most vulnerable.

Rising production and static demand is creating an oversupply situation in the liquid market, with Muller blaming its recent price cut in part on a 37% fall in the commodity value of cream.

Cross-border cream sales have been relieving pressure on the liquid market, but would be slapped with a tariff of €1,091.10/t (£972.37/t) in the event of no deal, making them uncompetitive for EU processors.

Lancashire dairy farmer James Tomlinson, who runs a 270-cow herd near Preston with his wife, Eleanor, said he has put investment in a new milking parlour and cattle shed on hold due to the Brexit uncertainty.

Mr Tomlinson, who is the 2018 Farmers Weekly Dairy Farmer of the Year, said he is proceeding with caution, as not knowing the economic outlook is inhibiting his ability to budget accurately.

“We have made sure feed prices are fixed for the next eight-month period,” he said, noting that this was the one cost area that had fallen in the past 12 months.

“With fertiliser, we have bought more than we normally would.”

One area farmers are likely to see costs rising in is wages. The Office for National Statistics announced this week that average pay had increased at the fastest level for 11 years over the three months to July.

The annual rate of wage growth now stands at 4%, with the median average gross earnings rising to £569/week.