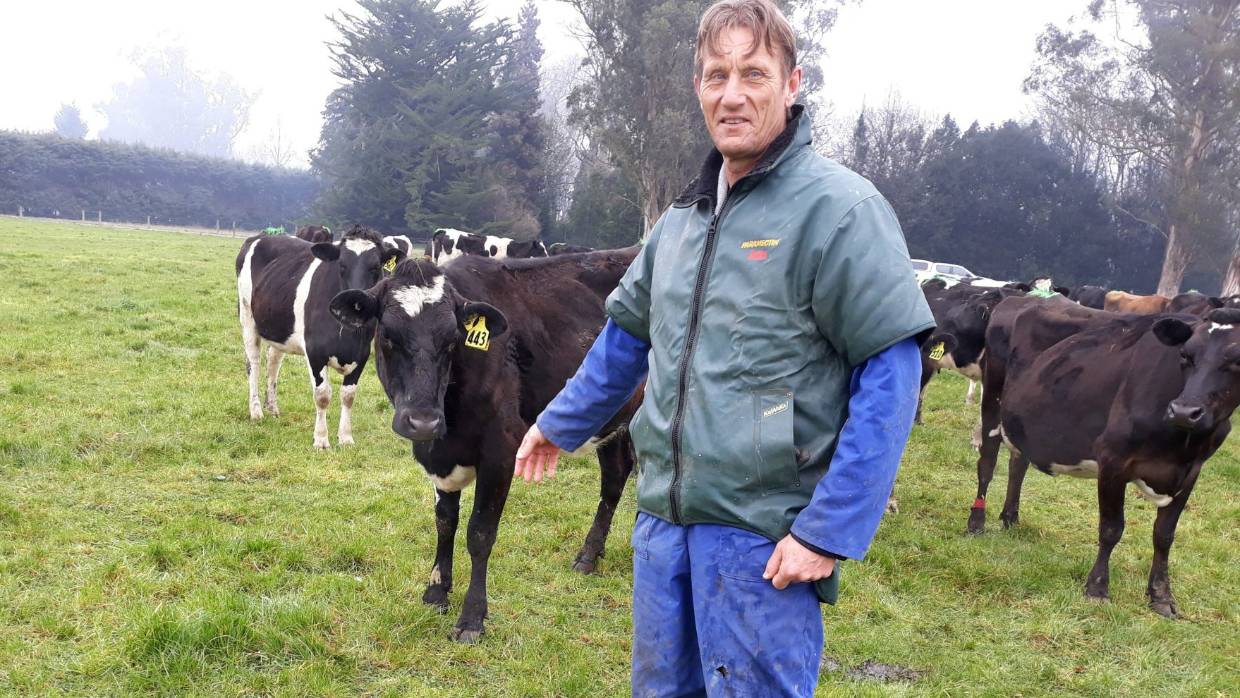 Federated Farmers South Canterbury dairy chairman Ad Hendriks sees changes in environmental regulation by authorities as having a major effect on the industry.

A projected $11 million drop in earnings from the previous season’s Fonterra farmgate milk price is not seen as the big issue facing the industry in South Canterbury.

The drop in earnings is predicted to have a minimal effect on operations in the region as Federated Farmers South Canterbury dairy chairperson Ads Hendriks says the area of economic impact on the industry involves changes in environmental regulation by authorities.

According to a report prepared by economic analysts Infometrics, the region’s dairy farmers are expected to receive $351m for the 2018/19 season, down $11m from the previous season due to successive downward revisions in the farmgate price.

«An aspect that could have bigger implications for the industry and South Canterbury as a whole is the huge changes that our regional council and government is asking from the farming community while little or no tools are available to offset or mitigate the economic impact of these changes,» Hendriks said.

«Add to that lower farm values, the value loss in Fonterra shares and the banks need to hold more cash and we could be in for the perfect storm.»

Hendriks said the drop in earnings might force some farmers in the region to postpone unnecessary investments but «environmental investments will still go ahead».

«I don’t think this is too much of a worry for most farmers, although it is a bit disappointing, as the pay-out is within the expected band.

«Most farmers can live with a pay-out in the $6 to $7 band. If we go over $7, we could see consumer resistance and over production from farmers if we go under $6 the highly geared farmers could be squeezed.»

Hendriks said dairy farmers in the region did anticipate a better year ahead, but there could also be some bumps on the road along the way.

«I think on the milk price side of things we look pretty good although economic uncertainty due to protectionism of trading markets could have an adverse effect on the pay-out.

The region’s largest dairy producer will unveil an annual loss of as much as $675m after writing down the value of global assets.

Fonterra said an examination of the co-operative’s manufacturing footprint in New Zealand as a network reflected a confidence in its structure.

A spokesperson said workers will not bear the brunt of a «slightly lower» income.

«Our New Zealand ingredient plants are not being written down, except for the usual annual depreciation,» a spokesperson said.

«We are comfortable with our current manufacturing network and have no plans to close any.»

South Canterbury Chamber of Commerce chief executive Wendy Smith said the strength of the South Canterbury economy was its diversity and it was not dependent upon one sector or one industry.

«If you look back over the last decade or so we do not have the significant swings experienced by other economies. Although we don’t have the really high peaks nor do we suffer from the significant lows either.

«The recent financial update given to the sector was a heads up from Fonterra on the need to write down assets mainly overseas but also in its New Zealand consumer business – as reported.»

«Oceania Dairy have of course recently advised of their ongoing investment and new jobs. Beef and lamb prices remain strong.»

DairyNZ principal economist Graeme Doole said slight variations in payouts were normal from season to season in the industry.

«This is a forecast only and will often change during the course of the season due to seasonal climatic conditions or other factors,» he said.