a2 Milk Company CEO on US market growth: ‘It’s similar to what we saw in Australia’ – eDairyNews
United States |10 septiembre, 2019

US | a2 Milk Company CEO on US market growth: ‘It’s similar to what we saw in Australia’ 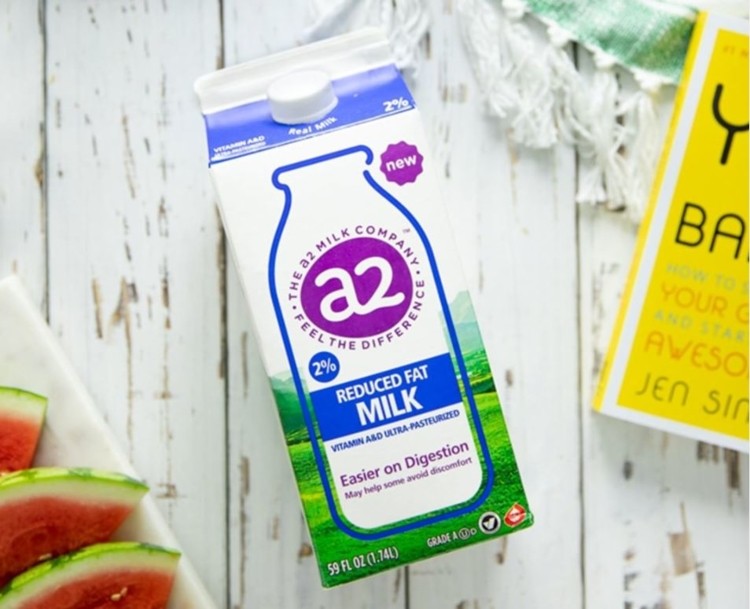 The a2 Milk Company’s performance in the US, while still in its early stages, resembles what the company has experienced in Australia where a2 Milk is the No. 1 premium milk brand holding an 11.2% share of the total packaged milk market, says CEO and managing director Jane Hrdlicka.

The a2 Milk Company outlined its US gameplan in 2015​​ when it first launched in California in select retailers. Now, according to the company’s FY19 Annual Report​​, a2 Milk is available in 13,100 stores including national distribution with Walmart and Costco and has increased revenue in the US by 160.7% to $34.6m in 2019 compared to last year. Outside of fresh milk, the company has introduced creamers to its US portfolio this year.

Even with thousands of stores within its distribution network, Hrdlicka said it is still early days for the brand, which is just beginning to tap into the US dairy milk category.

«We’re performing really well in the US. We’re at a high point of growth but still relatively young. So we’re still, I would say, very early stages,»​ Hrdlicka told FoodNavigator-USA.

And despite conflicting views​​ on the main claim made by a2 Milk, which is that the absence of the A1 beta casein in its dairy milk makes the product easier on digestion, consumers are switching to a2 milk from all corners of the market, according to Hrdlicka.

«And we’re encouraged by that because it’s similar to what we saw in Australia.»​

When asked about supply constraints of its milk supply, since the production of a2 Milk relies on segregating cow herds that carry just the a2 beta casein, Hrdlicka added: «We’re very pleased with the development of our farming community and we’ve got great partnerships with forward thinking farmers and we don’t see any constraints to supply going forward.»​​

Most recent science on a2 Milk

Three human clinical trials on a2 milk have been published in peer-reviewed journals over the past four years, which all suggest that consumers who believe they can’t tolerate lactose should really be blaming their digestive discomfort on the A1 beta casein protein in milk.

In its most recent clinical trial among dairy or milk-intolerant children 5- to 6-years-old in China published in the US in July 2019​​, researchers found that replacing conventional milk with milk containing only the A2 beta casein reduced gastroinstestinal symptoms associated with milk intolerance in Chinese preschool children.

The company has also increased its marketing spend to promote further brand awareness among US consumers and to support velocity growth. Within the past year, a2 Milk has spent roughly $27m on marketing investment in addition to the $20m the company spent in its first three years in the US market

While the price point of a2 Milk products is higher than conventional milk and on par with organic milk products, Hrdlicka said, «We’re a very accessible premium product and we’ve seen this in Australia. Fifteen years of selling fresh milk in Australia and we still have year-on-year underlying growth in a category that’s not a growth category.​

«The most important opportunity for us in the US is building out our fresh milk position and getting that right,» ​added Hrdlicka.