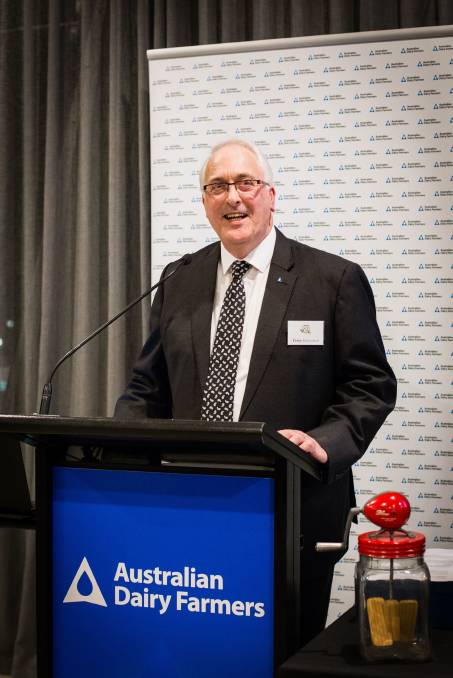 Although farmer and processor lobby groups have pledged unity for the Australian Dairy Plan, the need to demonstrate independence has forced a painful financial split.

That funding is now gone.

ADF media and communications manager Ashley Mackinnon said the arrangement was never permanent and ADF had responded to farmer concerns regarding its independence.

«However, we are also aware of the perception among some farmers that the ADIC funding arrangement may blur the focus of ADF priorities and messaging, particularly around our responsibility to represent farmer interests.

«ADF listened to the views of members and the broader farming community and opted not to pursue another multi-year funding partnership with processors.»

Mr Mackinnon could not say how the funding cut would affect ADF other than it was «rationalising the structure and economising where possible».

Mr Mackinnon said a launching milk brand, similar to SADA Fresh, to help cover the shortfall was «an interesting idea, one that has been raised but that has not yet been fully investigated».

No ADIC funding agreement has been reached but the money appears destined to remain with processors.

«This will include whole of industry initiatives, which we will continue to work collectively with ADF and Dairy Australia, through the ADIC,» she said.

«The success of this strategic plan is somewhat dependent on resourcing and funding and while, in the past, the ADPF has operated with extremely limited resources, members are now seeking a better resourced organisation.

«Hence, the ADPF has revised its member fee structure to include the annual membership fee and a new strategic advocacy fee – the latter being aligned with the ADF Processor Fund that came to an end on June 30, 2019.

«This enables the processing sector to continue to contribute to industry policy development and advocacy, so as to improve the supply chain.»