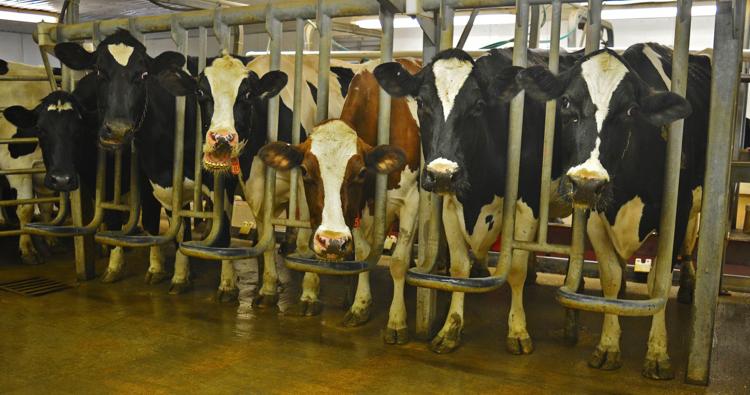 Cows at Den-Bar Dairy west of Janesville, Wisconsin, are ready to be milked. They are one of the main attractions at the 2018 Rock County Dairy Breakfast. Mary Hookham/For Agri-View

Queensland dairy farmer Scott Priebbenow has claimed the Australian public is being “deceived” by supermarkets that are failing to pass on recent increases in milk prices to struggling farmers.

Earlier this year, supermarket chains Coles, Woolworths and Aldi raised the sale price of their milk by 10 cents per litre with the intention of passing on that increase to Australian dairy farmers.

Speaking with Sky News hosts Alan Jones and Peta Credlin, Mr Priebbenow said farmers “need that 10 cents”, but claimed they have not been receiving the full price increase promised by the supermarkets.

He said his cows “wouldn’t be made into mince now” if the farmers had actually received the pledged money.

“What is Coles’ agenda?” he questioned.

Mr Priebbenow said he had only seen “a little tiny bit” of the price increase, and called on the Australian government to act now and help farmers who are in crisis.

“What is the government’s agenda? … You’ve got [these] funds somewhere and we’re not going to see it until July next year”.

Mr Priebbenow said that times have become so bad that farmers are “two weeks away from sending all their cows to the abattoir”.