Paul Niven, who manages dairy farms in China, explained how people, including their farm staff, needed to have an electronic health certificate to be allowed to travel to and from work.

All staff must record their body temperature morning and night, with data collated for all staff and shared with local government.

Mr Niven posted that China had rapidly adapted and utilised technology and big data to manage and control COViD-19.

“I regularly travel on high speed trains between Beijing and Shanghai,” he posted.

“It’s excellent: up to 350 kilometres per hour, dining cars with new and well-designed stations with efficient security checks.

“In January, an app was developed to see if there had been any COViD-19 positive passengers on your train.

“In my last three trips in January – there were none. Some of my friends were on trains with people who were positive, and extensive trace forward and back has occurred. Fortunately all are disease free”.

Mr Niven explained the next tool developed to get people back to work was the electronic health certificate required for movement – based on the concept of “two points-one line”, so people could move between home and work.

To get a health certificate, a person used their phone to scan a QR code.

It then accessed their location for the previous 14 days via information from their phone carrier.

“If you have been in the one locality for the required 14 days, your QR code then goes green,” Mr Niven said.

“You then visit your village committee (government) or apartment management, who take your temperature and boom, you have an electronic health certificate to travel around Shandong.”

Two weeks ago, the system was expanded for foreigners, so Mr Niven said he could also get the health certificate.

Last week it was announced a big data team had been developing the system to link 14 provinces, including Shandong, Beijing, Henan and Hebei, to enable free movement and no requirement for the 14-day quarantine.

Mr Niven posted on Sunday that Sunday that staff had been free to leave the farm on Wednesday.

But local staff were disappointed at what the new “normal” looks like.

“Most restaurants are closed, schools are closed, about one-third to half the population are wearing masks,” he posted.

On March 4, the farm had allowed staff from a neighbouring county to go home for their shift leave, then on March 11, it allowed all core dairy farm staff to move freely in and out of the farm and travel within the farm’s county.

On Saturday, March 14, people were free to travel within Shandong province but they had to follow strict government rules, including that they had the electronic health certificate.

Mr Niven said anyone who had been outside Shandong must observe a 14-day quarantine, preferentially in designated quarantine hotels, when they entered the province.

“Therefore, we are not allowing travel outside Shandong without general manager’s approval,” he said. 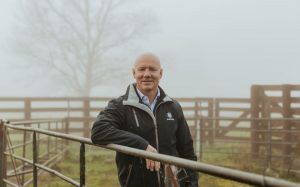