Beef-on-dairy crosses as they are called, deliver on the vision that breed complementarity produces better feedlot performance and improved carcass quality while enhancing industry sustainability initiatives. Such gains are always welcome, but the growth of the beef-on-dairy sector could prove crucial going forward as the beef industry suffers the impact of a second mega-drought over the past decade.

Industry analysts are quick to acknowledge no hard data exists on the number of beef-on-dairy cattle that are part of today’s beef supply, but they estimate there are about three million head.

“I believe the number of beef-on-dairy crosses in today’s market exceeds three million head,” says Dale Woerner, animal and food science professor at Texas Tech University. “And the number will continue to grow, especially as the beef cow inventory shrinks.”

Woerner and his colleagues at Texas Tech have collaborated with Cargill over the past three years on the Dairy Beef Accelerator, a program to better understand the opportunities of beef-on-dairy. Researchers at Texas Tech have documented several benefits for producers, packers, consumers and the environment. Some highlights include:

“The beef and dairy industries have the opportunity to work together to produce even more efficient beef animals,” Woerner says. “Crossbreeding dairy cows to complementary beef sires can advance sustainability by reducing the environmental impact and improving profitability.”

A recent review of beef-on-dairy carcasses and meat characteristics in 2021 found that beef from these crossbreds compares favorably with traditional beef. 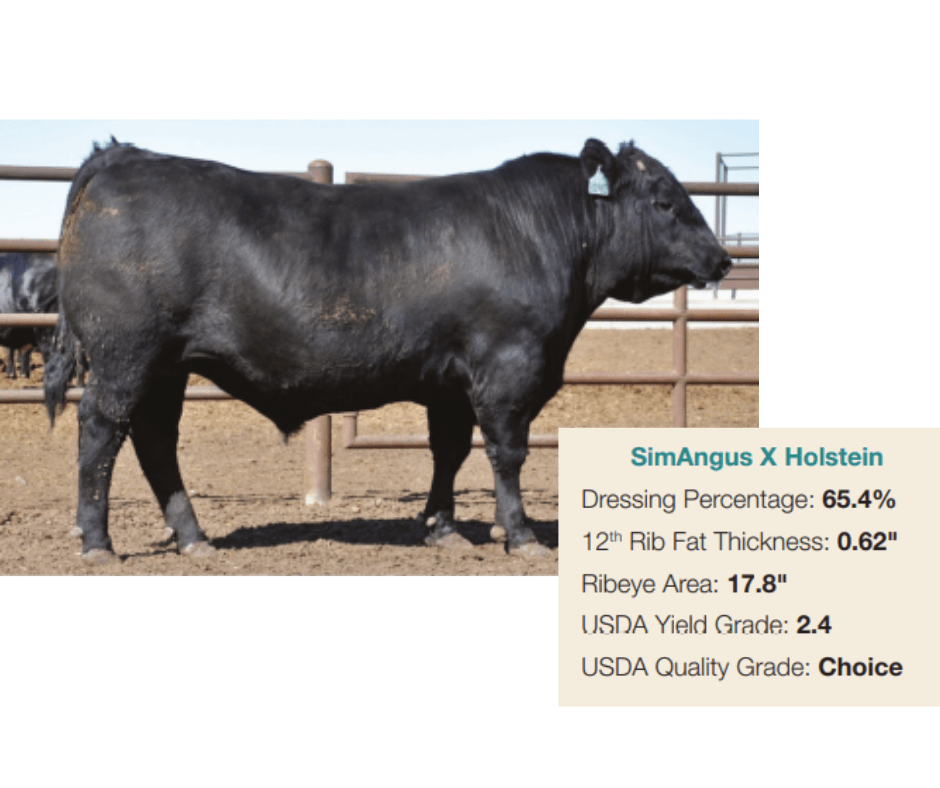 While beef-on-dairy programs offer improved utilization of resources for producers and provides carcasses that better fit packer needs, the evolving sector brings some challenges to an industry not quite ready for the influx.

No one understands that better than Ty Lawrence, animal science professor at West Texas A&M, and director of the Beef Carcass Research Center.

“I receive calls from representatives of the packing industry weekly regarding issues they are seeing with these cattle,” Lawrence says. “In general terms, beef-on-dairy provides the beef industry some good, some bad and some very ugly results.”

Through in-plant research and observations, Lawrence and his team at BCRC say beef-on-dairy is working, in that the positive characteristics far out number the bad and the ugly.

For instance, traceability is much higher for beef-on-dairy crosses than cattle from the traditional beef sector, making those cattle easily eligible for source and age verification branded programs and for export. And because dairies traditionally do not brand their cattle, the hides are more valuable. Hide values, however, are significantly lower than a decade ago as leather has been replaced by polyester and nylon for many uses.

Observations by BCRC also confirm beef-on-dairy delivers on the carcass improvement promise. One improvement is the Angus stamp, which Lawrence says is independent of Certified Angus Beef. Because many beef-on-dairy calves are Angus-sired, trim from those carcasses can be sold as Angus trim for hot dogs and ground beef that are branded as Angus.

Better dressed yield is another improvement. BCRC data found straight dairy carcass produces a dressed yield of 60%, beef-on-dairy at 62.8%, and traditional beef carcasses at 65%. For ribeyes the dairy average is 13.3″, the beef-on-dairy at 14.1″ and the beef cattle average is 14.8″. The dairy crosses also improve muscle conformation and muscle-to-bone ratio over the straight-bred dairy calves.

Marbling scores can represent an increase in value for some cattle feeders. That’s because while overall marbling scores are “on par” with straight dairy cattle, the crosses produce more CAB carcasses.

“Historically, one-third of Prime carcasses came from dairy,” Lawrence says. “So dairy genetics produce marbling, but when we cross them with Angus, we have an opportunity for those carcasses to qualify for CAB.”

A majority of the Angus-sired dairy steers will qualify for CAB on a live basis, and “80% to 95% of the beef-on-dairy crosses will grade Choice or better, with 25% to 45% reaching CAB,” Lawrence says.

“Some of these dairy animals, regardless of whether they are a cross or a straight bred, arrive at harvest with an intact testicle,” Lawrence says. “Most are banded in the first week or so at a rate that I have yet to document, one testicle is in the sack and is removed, while one testicle is in the belly and that animal does not know he’s not supposed to be a bull.”

Such mistakes lead to an increased rate of “bulling” and increased rates of dark cutters. Dairy crosses will also produce more subcutaneous fat than the straightbred dairy animal, necessitating additional fabrication of fat trim by the packer.

BCRC also found only 20% of the beef-on-dairy crosses displayed healthy, normal looking lungs. “That means 80% had something going on,” Lawrence says.

A significant concern for packers with beef-on-dairy crosses is the possibility of lactating heifers, which is more common among the Jersey crosses. Milk that spills on a carcass in a packing plant must be treated the same as fecal matter, meaning that it can’t be washed off – it has to be trimmed off.

In short, liver abscesses. Across the beef industry liver abscesses are a significant concern, a defect Lawrence says results in a $409 million industry loss over the 27.3 million animals harvested last year.

Last year the BCRC examined 271,436 carcasses, finding live abscesses in 26% of beef steers, 21% of beef heifers, 20% of Mexican cattle, 29% of Holsteins and the eye-popping 68% of beef-on-dairy. The liver itself is only worth $8, but the increasing severity of the abscesses can result in the loss of other salable meat products such as skirt steaks. Lawrence says liver abscesses, because they are active infections, reduce the animal’s feed conversion, reduce carcass weights, reduce marbling scores and decrease ribeye area.

“That’s a lot of growth negatives that come with those more severe liver abscesses,” Lawrence says. “This is a problem, and we as an industry have got to fix it.”

Fonterra Cooperative Group, the world’s biggest dairy exporter, raised its earnings forecast for the second time in three months after a strong first quarter driven by demand for protein products.