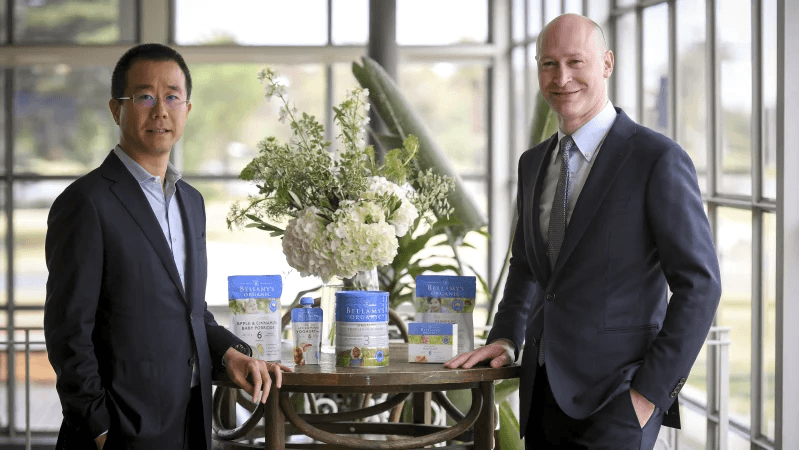 Mr Cohen said he wasn’t concerned that recent criticisms of the deal from some politicians could have put the transaction at risk.

The Bellamy’s chief executive also said he wasn’t surprised that the Foreign Investment Review (FIRB) board had approved Mengniu’s bid for the company.

«The result was as we would have expected, which is this deal is clearly in the national interest,» Mr Cohen said.

Bellamy’s shareholders voted 99.23 per cent in favour of the offer at a meeting in Melbourne on Thursday. The result is a firm indication that major shareholder and Kathmandu founder Jan Cameron, who did not attend the meeting, supported the takeover.

But the deal has caused political controversy, especially from federal politicians from Tasmania, with Senator Jacqui Lambie last month blasting the Morrison government for approving it. She also called for more disclosure about the transaction and warned against a «Communist Chinese takeover» of Australian companies.

Greens Senator Peter Whish-Wilson also lashed out in September, asking the government to examine if the Chinese government suppressed the share price of Bellamy’s ahead of Mengniu’s bid.

He also urged the government to examine whether Mengniu’s bid was «inconsistent with the national interest test» under foreign acquisitions and takeovers law.

The Chinese government-owned food company COFCO holds about a 16 per cent stake in Mengniu, which is listed in Hong Kong.

But Mr Cohen, who will remain CEO under Mengniu’s ownership, said there were «a lot of winners» under the deal.

From an investment perspective, Australia is a very attractive place.

The deal still requires court approval despite the go-ahead from FIRB.

«I grew up in Australia, so I think it’s a very attractive place. We’ve got fantastic natural resources,» he said.

«Whatever owner, we’re still going to be Australian, I think that’s important. This company or other companies that are being acquired are not turning into some other nationalities,» he said.

Mr Ho said Bellamy’s would «absolutely» be a stronger company with a better future under Mengniu’s ownership.

«They are buying this asset, whatever it might be, to make it even better, to create long-term value,» he said.

Asked if he was concerned that recent criticisms of the deal from politicians could have derailed it, Mr Ho said: «My first perspective is we should look at ‘are the new owners going to continue to invest in the company’.

«As a board … we’re very comfortable that there will continue to be a lot of investments in this company and by extension this country.»