Cogan is forced to rely on the only internet available on his Jenner Township farm – a satellite-based service that he lost for three full weeks earlier this summer after a storm flooded his rooftop dish, he said.

“It was like going back to the Stone Age,” he said. “When you don’t have (fast, reliable) options, there’s not anything you can do about it.”

That’s a reason that Cogan and fellow Somerset County Farm Bureau members said on Friday that their region and the state of Pennsylvania can’t take their feet off the gas when it comes to finding creative ways to expand internet service.

Bureau members were joined by state officials who are working to address many of those issues – among them supply chain concerns, sustainability and mental health support for farmers often overwhelmed by the daunting task of keeping their multi-generational operations thriving.

On broadband, Cogan noted that the region’s farmers are still waiting to see the harvest from the infrastructure bill’s rural upgrades – noting that much of it is still ongoing.

“But there’s not going to be a one-size-fits-all fix to this,” he added.

Pennsylvania’s terrain is covered with hills, mountains and ridges, making it difficult to link high-speed internet to the people who live in some of the state’s most rural areas.

The Somerset County commissioners are working with fellow Southern Alleghenies counties to develop a multi-county wireless backbone that providers could tap into to offer service.

“It’s going to take a multi-pronged approach,” Cogan said – and likely a mix of private and public partnerships, he added, to make a difference.

To help ramp up demand for Somerset County dairy products, the group also discussed state legislation that would enable schools across the nation to offer whole milk to students through the federal lunch program again. House Resolution 818 is currently being considered in Congress.

Another dairy-focused effort the Farm Bureau is backing would give independent dairy farmers expanded options to vote on Federal Milk Marketing Orders, which currently are weighted to give large voting “blocs” more power, officials said.

Metzgar mentioned a need to address meat inspection issues that have made beef harder to sell per cut – an issue for smaller farms – while farm bureau members also cited a need to continue tracking potential changes with carbon credits, biofuel policy and risks and rewards of solar.

Dairy farmer Glenn Stoltzfus said he has plenty of questions about the long-term viability of turning to solar panels as a farmland crop. He said legislation should steer solar panels to poorer land, rather than fertile soil. 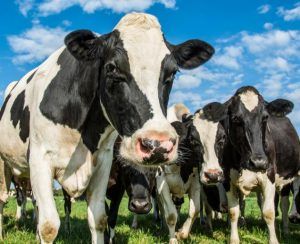 The Ministry for Primary Industries has announced it will begin culling cows on a huge feedlot near Ashburton, which is infected with Mycoplasma bovis. 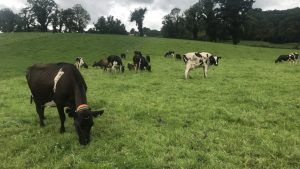