Nowhere does he mention that U.S. dairy farmers receive tens of billions from the U.S. government to keep them profitable. The U.S. dairy industry eliminates almost 50 million gallons of excess milk by dumping it in fields, or using it for animal feed. The U.S. government also buys up excess milk and stores it as cheese. At the end of 2019 the U.S. Department of Agriculture had 1.4 billion pounds of excess cheese and the stockpile has grown. Mr. Clement quoted a study that indicated Canadian farmers could still survive by getting into the export market. If these export markets are so good, why are the big American farm businesses not taking advantage of them?

Thanks to The Spec for the courage and independence to suggest our federal government plan to decouple from the USA. This important discussion is rarely seen in Canadian media.

Your editorial concludes by stating Canadians should plan to respond if our closest economic and military ally goes rogue. May I suggest they have already. The USA undermines the multilateral post-WW2 order it largely created and brazenly undermines international law by unjustly attacking many countries. Those it doesn’t attack, it sanctions. Trump’s sanctions on Iran, were illegal in unilaterally breaking the UN’s JCPOA Iran treaty. Biden has not reversed this.

Joining USA in foreign aggression is offensive. The New York Times reported that 62 per cent of the 50,000 U.S. airstrikes on Iraq, Syria and Afghanistan, killed or injured children. Time to decouple.

MacKay’s Jan. 14 cartoon misses the mark. He shows Ford being pelted with tomatoes for closing schools, and then the same scene when schools reopen. Opposition leaders, as well as many Ontarians, share dismay with the provincial policies for education in general and certainly in regards to COVID. Had the Ford government properly responded throughout the pandemic, closures may have been avoided. Then to reopen schools with the same inadequate measures in place, inadequate testing at the height of a 5th wave of the most transmissible variant is beyond belief.

Mackay’s cartoon in Friday’s Spectator was right on target with Horvath and Del Duca throwing tomatoes at Ford for closing schools and then again for opening schools. I am by no means a staunch Conservative and I have never been a fan of Ford, but being in the opposition should be more than simply criticizing the party in power. If your party has a good idea, bring it forward; if you are right, you can be proud of the outcome and brag about it prior to the next election. If I was Ford, I would be tempted to ask Horvath and Del Duca their opinions on a decision before announcing his, in order to force them to take a stand as personally I am tired of their criticism after the fact.

I have happily subscribed to The Spectator since I moved here eight years ago. The paper is delivered by the same service that delivers The Globe and Mail. I requested the papers be put in my letter box and so I am wondering why they need to be in single use plastic bags? I am accumulating dozens of these tubular bags and I think it is irresponsible of The Spectator to be a party to this waste. A few more steps to the doorway rather than throwing the papers on the step is not a big deal when compared with the degradation of our environment.

Elaine Bowman, Hamilton(Ed. note: Plastic bags can be returned to the carrier who will use them again.)

Not only does Barry Gray’s photo of Cootes Paradise (Jan. 13) remind us of Cornelius Krieghoff’s paintings, but we have our very own Frank Panabaker who painted this scene in 1962. It was reproduced as a Christmas card some time ago and I have kept a copy over the years, loving the scene as it reminds me of skating there with my boys when we first moved to Hamilton. 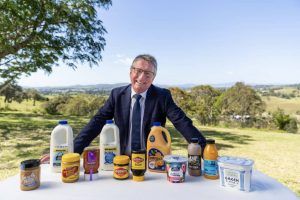