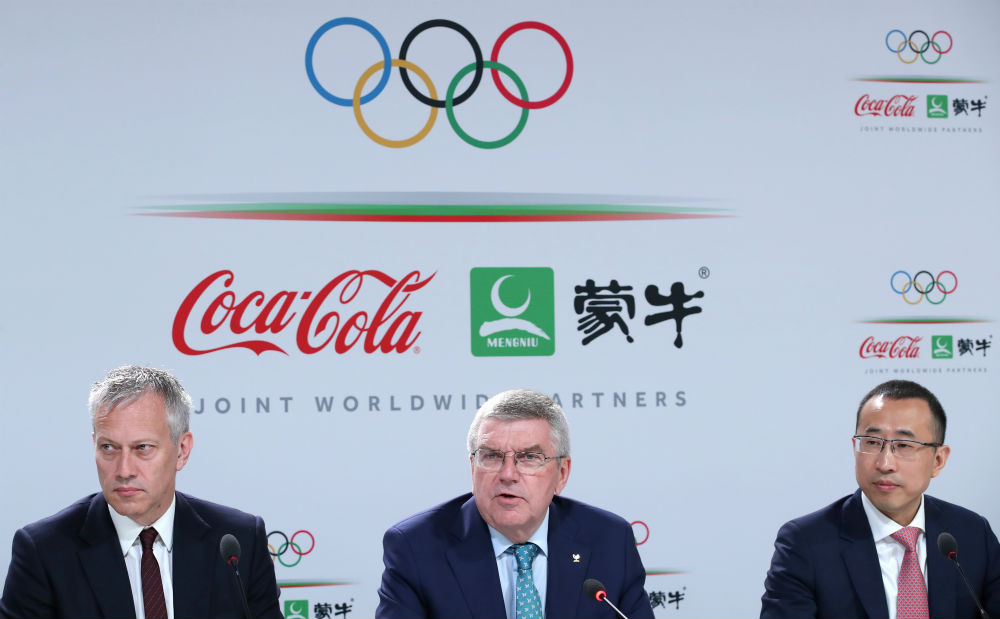 Olympic organisers have taken a long jump into the future of sports sponsorship with a nine-year global deal with Coca-Cola and Mengniu Dairy, China’s top milk-maker.

The joint deal – reportedly worth three billion dollars according to the Financial Times- sees the two corporations on the same team, and will cover six summer and winter games.

The US drinks-maker has long been associated with the Olympics, sponsoring events for nearly a century since its first tie-up in 1928. But the show of cooperation with a huge Chinese company at a time of serious trade tensions between the world’s superpowers represents one of sport’s biggest-ever endorsements.

Western names have long dominated Olympics sponsorship, until computer-maker Lenovo became the first Chinese company to take to the field in the 2008 Beijing games, the Financial Times reported.

Mengniu is based in Inner Mongolia and reportedly controls half of China’s dairy market, but is seeking overseas expansion a decade after the baby milk powder scandal which saw hundreds of thousands of Chinese children poisoned.

The dairy producer is the latest Asian company to sign up to Olympic sponsorship as top-tier sponsors after Bridgestone, Toyota and Alibaba all got on board in recent years.

Both Lu and Coca-Cola CEO James Quincey refused to comment on the size of the 2021 to 2032 deal.

«It is a substantial arrangement. It is a profound partnership,» said Quincey. «With Mengniu, we saw an opportunity to expand the dairy aspect of the beverage category. We will be activating our own individual marketing plans, but we are pleased to be a joint partner with a well-respected dairy company that is well known to us in China.»

The two companies are already working together in some aspects of their business in China and the deal comes as a major boost for the IOC, bolstering its financial future.

«This long-term agreement is another demonstration of the relevance and stability of the Olympic Games in these times of uncertainty,» IOC President Thomas Bach said.