The idea to recreate the moment from the film “Christmas Vacation,” about a family whose Christmas plans turn into a huge disaster, “came at the right time, when we were emptying out the manure pit,” he noted.

“When she’s full, she’s full,” he said, about the task his farm takes on twice per year.

In the movie, Cousin Eddie, played by Randy Quaid, is in front of a relative’s home with his recreation vehicle (“That there’s an RV. It’s a good looking vehicle, ain’t it?”). He proceeds to greet the neighbors as he empties the camper’s septic tank into the storm sewer while wearing a bathrobe and winter cap, smoking a cigar and sipping a beer.

In the Hansen video, which was first posted Monday on TikTok, “Farmer Blake” is seen “agitating the manure” in order to make it easier to empty the pit. He dons an identical outfit (which includes his wife’s bathrobe) and smokes a cigar. Instead of a beer, he is holding a gallon of Hansen’s milk.

“We hope it lightens the mood around the holidays, especially during these difficult times with the economy the way it is,” Hansen said.

The video has already gotten plenty of clicks on TikTok and other platforms, including Facebook.

He first saw the movie around the time it came out 30 years ago, and every year his family tries to rewatch it.

“It has so many good lines that you can use in everyday life,” Hansen said.

The farm is constantly trying to find creative ways to show off its operations and how its product gets “from the cow to the table.”

“People don’t understand how much money the manure saves us in fertilizer,” Hansen said. “It helps us grow our crops, and those crops feed our cows.”

Hansen believes what’s really capturing people’s attention is his legs, which are visible below the white bathrobe.

“My family says I have the ugliest legs,” Hansen quipped. 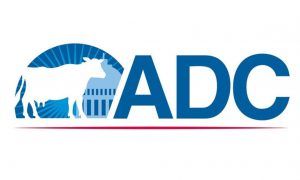 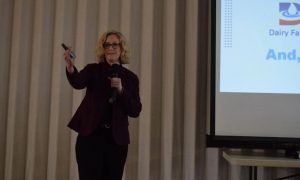