It is the most substantial one-off increase since the supermarkets introduced the controversial $1 a litre milk in 2011, which slashed the retail price of milk by one-third.

Coles, Woolworths and Aldi all bumped up their supermarket milk prices by 10c a litre in December last year.

The rise was the first increase by the retailers in more than two years after all three last increased prices by 10 cents in July 2019 after ending dollar milk earlier that year.

Coles says “increases in sourcing, transportation and packaging costs, including a substantial rise in farmgate prices paid to dairy farmers” have caused the price rise.

It sources its milk directly from dairy farmers and also via dairy co-operative Norco, which supplies Coles Brand milk in northern NSW and southern Queensland.

The rise comes after record prices were paid to farmers by dairy processors for the new financial year, with values at the farm gate hitting $10 a litre for milk solids.

Coles says the lift in retail prices is “in recognition of the higher costs being faced by dairy farmers” and the price it is paying farmers.

“This included an increase to the farmgate price paid by Coles this financial year, even for farmers with multi-year contracts already in place,” a statement from the company reads.

“Coles has been paying these higher prices since July 1.”

The latest inflation figures show a 4.3 per cent increase in food prices for this year to March.

Inflation surged to 5.1 per cent in March in the previous 12 months, due to higher dwelling construction costs and fuel prices.

Today’s price rise comes as ASX-listed dairy processor Bega Cheese today issued a potential earnings downgrade to the stock exchange, citing a 30 per cent increase in the amount it was paying to dairy farmers after strong competition from other dairy companies for milk.

Although the rise is a blow to consumers, farmers are positive.

East Aus Milk vice-president Graham Forbes said he welcomed the price rise but there was room for it to grow.

“It’s a positive step in the right direction,” he said.

“I still think we need to get that base milk price up to around $2 as it is in most countries in the world.”

Mr Forbes, who is a dairy farmer based at Gloucester on the Mid North Coast of New South Wales, said farmers had been facing higher input prices, including for items such as diesel and fertiliser.

“It means our profit margins have been reduced,” he said.

“I think we were probably in a stronger position even last year … we’re certainly chasing that inflation at the moment.”

He said floods and wet weather had also impacted farmers.

“I think milk on the north coast is back over 20 per cent at the moment to what it was last year, and we had a flood year last year as well,” he said.

“Production throughout the whole country is being suppressed, I think we’ll see June figures probably in excess of 10 per cent, that the Australian production will be down across all states.

“So there’s a real shortage of milk there now and huge demand for that milk.”

Ben Geard, from Geard Family Farms in southern Tasmania is a Coles supplier, and said the jump in the price of Coles milk “was bound to happen”.

“Milk prices for farmers have seen quite a considerable increase this year so, it was probably only inevitable that Coles and other processors are going to try to recoup their costs,” he said.

“It’s not great for customers although milk has been undervalued for quite a while when you compare it to some of the other staples — water, soft drink, and that sort of thing.

“We were at a dollar a litre there for some time and that ended nearly two years ago.”

Mr Geard said “that was a good thing”.

“$1.60 I still think that’s still pretty reasonable for a litre of milk,” he said.

“Those increases are on par with what’s going through to the farmer, and hopefully it’s a sign that these increased prices to farmers are here to stay.

“It’s not good these prices just increasing for 12 months.”

Mr Geard said prices needed to remain competitive with other industries if dairy farmers were going to stay in the industry.

He said it cost a considerable amount to produce a litre of milk, with fertiliser increasing by 30–40 per cent.

“We’ve got to use a lot of fertiliser on the grass and this time of year we’re feeling a lot of grain in the dairy to make sure we’ve got milk through the winter,” he said.

“As good as the prices are this year there’s definitely a lot of payments going out as well.”

Wisconsin dairy farmers are reporting notifications from some cooperatives and milk buyers that new ‘market adjustments’ will be deducted from their milk checks. 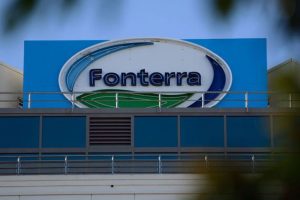