The U.S. experienced record growth in dairy exports in 2021, which has helped boost milk prices paid to farmers above $20. Export volume in 2021 was equivalent to more than 17% of U.S. milk produced in 2020, also an all-time high, according to USDA.

Exports may have reached even higher levels had U.S. exporters not been battered by supply chain challenges that drove up costs and complexity of delivering dairy products to foreign customers.

According to Jim Mulhern, president and CEO of the National Milk Producers Federation, record demand for U.S. milk overseas is a testament to the hard work and dedication of U.S. dairy farmers and the entire industry.

“Exports represent the next frontier for U.S. dairy. It’s gratifying to see decades of effort bear fruit, and it makes us more excited about the future successes ahead,” he says.

This tremendous growth, which came despite an ongoing pandemic and global supply chain challenges, continues a long-term upward trajectory, which reflects the industry’s investments and unwavering commitment to export customers.

Fab five. The top five export markets in 2021 were Mexico, Southeast Asia, Canada, China and South America. The Middle East and North Africa region, South Korea, Japan, Central America and Australia with New Zealand round out the top 10. Double-digit shipment value gains were recorded in nine of these top 10 destinations — the lone exception being a 6% decrease to Australia and New Zealand.

Southeast Asia No. 2. The U.S. shipped nearly $1.4 billion worth of products to Southeast Asia in 2021, an increase of 11% over the previous year. Southeast Asia accounted for 36% of U.S. nonfat dry milk exports, running a close second to Mexico. 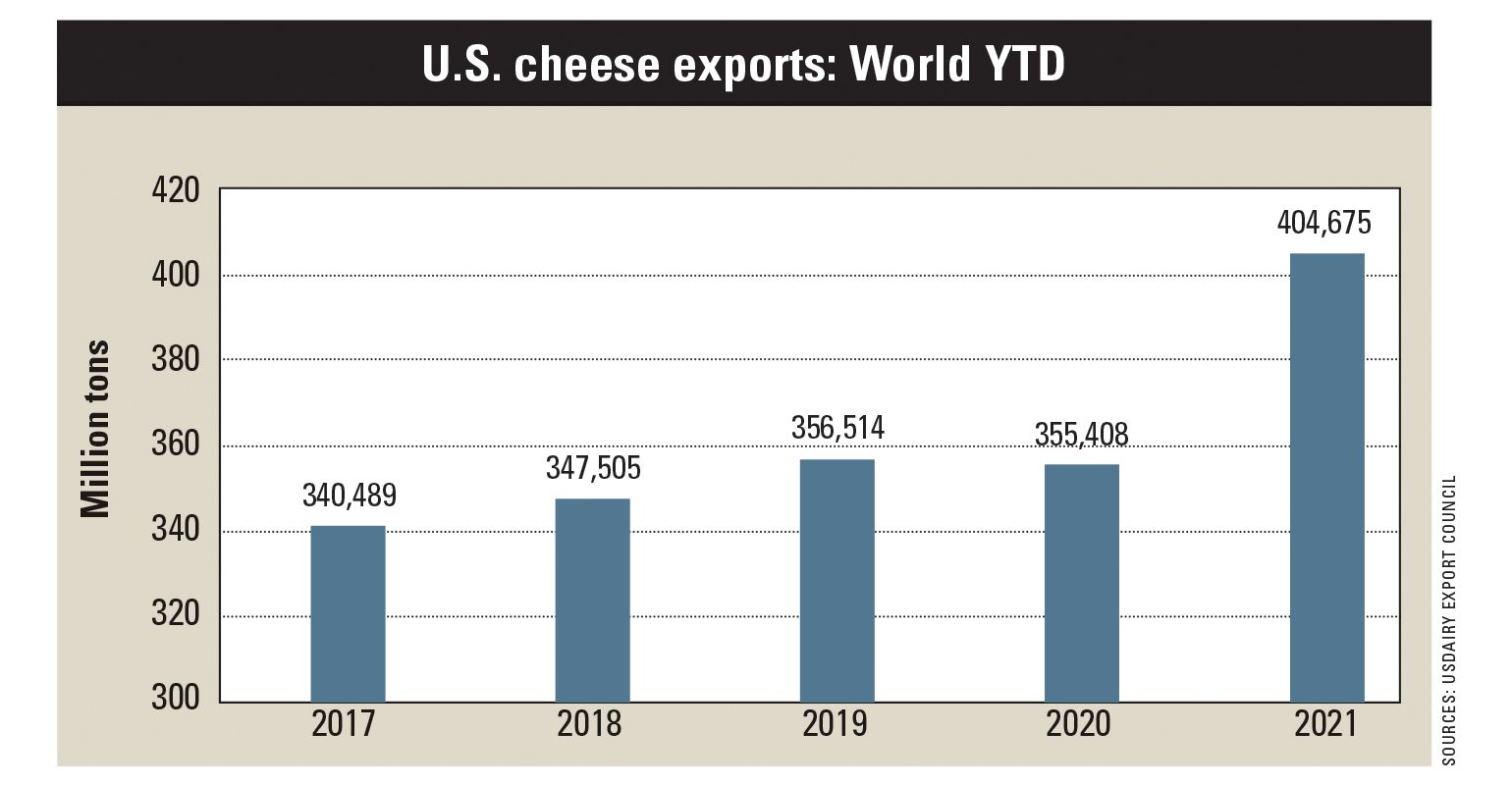 Movement to MENA. Total U.S. exports to the Middle East and North Africa, or MENA, soared in 2021 across product categories: butterfat up 154%, cheese up 39%, nonfat dry milk up 51% and whey products up 20%.

A shot in the arm

U.S. Agriculture Secretary Tom Vilsack believes record dairy exports are a shot in the arm for dairy farmers and the economy as well.

“This is a major boost for the economy as a whole, and particularly for our rural communities, with exports stimulating local economic activity, helping maintain our competitive edge globally and supporting producers’ bottom lines,” Vilsack said.