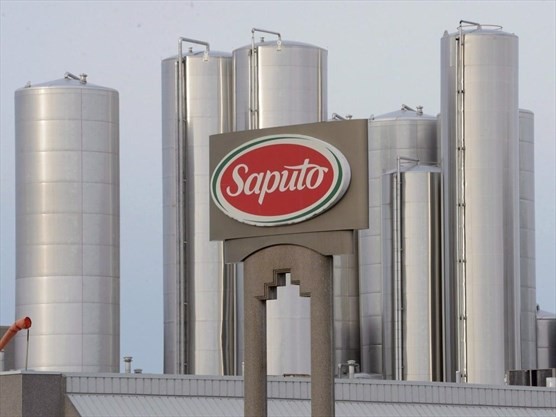 Saputo announced the closure Thursday, to take effect a year from now, with the loss of about 70 jobs. - Ryan Remiorz , THE CANADIAN PRESS file photo

Paul Gaunce, chairman of the Dairy Farmers of New Brunswick, says farmers will now have to ship their milk as far as Victoriaville, Que., or Dartmouth, N.S., for processing.

SAINT JOHN, N.B.—Consumers in New Brunswick should expect to pay more for milk as a result of the closure of the Saputo plant in Saint John.

The company announced the closure Thursday, to take effect a year from now, with the loss of about 70 jobs.

Paul Gaunce, chairman of the Dairy Farmers of New Brunswick, said farmers will have to ship their milk as far as Victoriaville, Que., or Dartmouth, N.S., for processing.

«The logistics to arrange trucks to go that further distance is mind-boggling. It’s hard enough to get the milk picked up and delivered to Saint John, but when you have to start having it hauled to Victoriaville or Dartmouth, it’s a logistical nightmare,» Gaunce said Saturday in an interview.

He said the added cost is paid by the farmers but will eventually be passed along to consumers — about two cents per litre.

«We’ll figure out the logistics somehow, but it’s not good for the long-term viability of the dairy industry in the Maritimes. We are short of capacity for processing now,» he said.

Gaunce said farmers have a year to prepare. There are 176 dairy farmers in New Brunswick.

The Saint John plant, which was originally Baxter’s Dairy, has operated since 1931.

Montreal-based Saputo also announced Thursday it will close a plant in Trenton, Ont., in September, affecting about 210 employees.

Gaunce said it’s not likely that another plant will open in New Brunswick, but much of that will depend on the impact of the new North American Free Trade Agreement.