Dairy | Dairy land being lost at 1 percent a year, Fonterra

Dairy | Dairy land being lost at 1 percent a year, Fonterra

Dairy farmers are converting their land away from cows and milk at about 1 percent a year, Fonterra chair Peter McBride says. And that’s something the company is going to have to live with.

Speaking at the Fonterra Shareholders’ Fund annual general meeting, McBride said land use change could even go faster, as a variety of factors – from ageing demographics and farmer lifestyle choices to stricter regulation around greenhouse gas emissions and water quality – put further pressure on farmers.

McBride said in different parts of the country dairy land has been going to different uses – solar panels, horticulture (avocados, hops and kiwifruit), and heifer or winter grazing.

But forestry – not so much.

“That impact is more on sheep and beef, but where it affects dairy is that it creates uncertainty around heifer grazing,” McBride said.

As the Government pushes for farming to reduce its greenhouse gas emissions, there has been a fair amount of rhetoric from farming groups and opposition politicians about trees destroying farming – and rural communities.

A report commissioned by farming body Beef + Lamb found up to 50,000 hectares of farm land purchased last year could be planted out in pine in the future.

Beef + Lamb called that “an alarming rate” and “far in excess of what is needed”.

It’s not just land use changes bringing milk production down. Other factors include high feed prices, the labour shortage, and the weather. Over the winter farmers were battered with storms, flooded rivers, variable temperatures (including droughts) and low levels of light – potentially linked to climate change.

But weather isn’t the full picture.

The latest update shows milk production was down 3.8 percent, on a milk solids basis, compared with September 2021. For the season to date (June to September) that number was a 4 percent drop, and for the 12 months to September it was 4.2 percent.

On a rolling average over a longer period, New Zealand’s current production figures (1.853 billion kg milksolids for the 12 months to September 2022) are very similar to what they were in 2014, an association spokesperson told Newsroom.

“There is ongoing competition for land use and other pressures will be a dampener on supply into the future.” 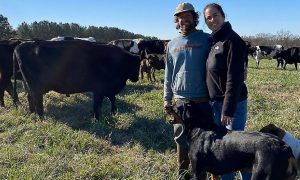 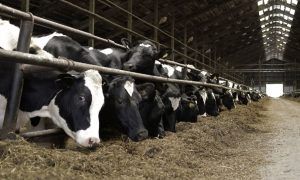