CEO | Danone CEO Says Plant-Based Could Become as Big as Dairy in U.S. 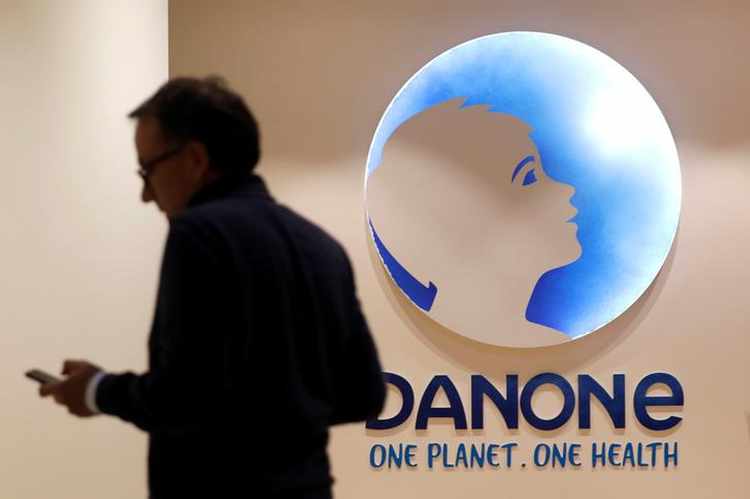 The logo of French food group Danone is seen at the company's headquarters in Paris, France, December 20, 2017. REUTERS/Charles Platiau

Danone’s U.S. plant-based business could become as big as its traditional yogurt business there in 10 years, according to Chief Executive Officer Emmanuel Faber.

The unit, which includes Silk and So Delicious, currently generates less than $1 billion in sales, compared with the $2 billion in dairy. But the category is growing faster as consumers race to adopt vegan alternatives to everything from yogurt to hamburgers.

“Penetration is very high and it’s very widely adopted already,” Faber said in an interview at a company event in Barcelona.

Danone placed a $10 billion bet on veganism with its 2017 acquisition of WhiteWave Foods and plans to triple its total plant-based revenue to about 5 billion euros ($5.6 billion) by 2025. The company has been expanding the Alpro brand in Europe with new products like vegan ice cream. Danone will start selling plant-based yogurts under Activia, its largest brand, in countries like Spain, France and the U.K. within the next 12 months.

Dairy isn’t dead, though, with Faber pointing to fast-growing yogurt segments like high-protein and probiotics that have been making a comeback among consumers.

Faber is also eyeing coffee for further growth as the company takes aim at bigger rivals like Nestle SA and JAB Holding Co. Danone is adding more ready-to-drink options to the Alpro line, such as soy-based Ethiopian coffee with caramel, and expanding it in new markets in Europe.

In the U.S., it’s focusing on Stok, a cold-brew coffee brand that came with the WhiteWave purchase. Stok’s revenue rose to $50 million from $3 million in two years and continues to grow at a double-digit rate. Faber said Stok will focus on the U.S. market in the next couple of years before possibly extending to other markets, such as the U.K.

Faber said he couldn’t rule out creating additional coffee brands in the future.