“Edge is intently focused on strengthening the relationship between farmers and processors in a way that increases transparency, fairness and competition, and gives farmers a reasonable amount of price certainty,” Edge CEO Tim Trotter said during a press conference on June 27, 2022.

Discussions about the future of the FMMO system have increased in recent years, drifting from the Class I mover formula to negative producer price differentials (PPDs) to make allowances and beyond. The effects of the pandemic only intensified the debate.

Edge has done research, listened to members and engaged with industry leaders and other stakeholders from across the country for more than a year, including coordinating a multi-state task force, Trotter said. His group’s members span the Upper Midwest and do business with more than 30 private processors. As a milk testing verification co-op, Edge does not market milk.

“What we keep coming back to is the relationship between our farmers and processors,” Trotter said. “That relationship must transition from strictly transactional to strategic ― one that is based on a longer-term view, adaptability to markets and customers, and requirements for products. A transparent, business-to-business approach will be critically important to success for both farmers and processors.”

Under the flexibility priority, Edge’s proposal accounts for differences in product mixes across the country, said Mitch Davis of Davis Family Dairies in Le Sueur, Minn., who is a member of Edge’s board of directors and participated in the task force.

“More regional flexibility in the federal orders would benefit everyone,” Davis said. “With our proposal, each order would have the authority to operate its milkshed in a way that makes sense for that order.”

To promote fairness, Edge is proposing 10 “contracting principles” that would cover timeliness of payments, transparency in pricing formulas, incentive payments, competitive risk management and other aspects of business between farmers and processors.

The original purpose of FMMO regulations revolved around the orderly marketing of fluid milk, by generating revenue sharing across the remaining classes of milk, said Dr. Marin Bozic, a leading dairy economist who is an advisory member on Edge’s board of directors.

Historically, Class I was the dominant utilization class, and revenue from beverage milk sales sufficed to elevate and equalize prices processors of different manufactured dairy products could pay to their patrons, he said. In certain areas of the country, that remains true but not for the majority. Now, most of U.S. milk goes into cheese, butter and powder manufacturing facilities.

“The only way that FMMOs do not become irrelevant to the cheese-producing Upper Midwest is if we return to the original idea of FMMOs,” he said. “That is the essence of a ‘uniform benefits’ approach. No more cross-subsidization between manufacturers, and no more negative PPDs.”

But the industry needs to go beyond FMMOs to set a new foundation for success and trust between farmers and processors, Bozic said.

Agriculture Secretary Tom Vilsack has said industry consensus is necessary for pricing reform to be possible.

Bozic stressed the need for a broad and open debate.

“Class I mover reform cautions us against defining consensus too narrowly, and crafting policies beyond tightly closed doors, as the resulting reform may suffer from fragile or flawed design,” he said.

“I applaud Edge for its grassroots efforts to expand the dairy policy debate beyond FMMO maintenance issues and working collaboratively with dairy processors to find common-sense solutions that will set U.S. dairy on a trajectory for success,” Bozic said.

Trotter said Edge welcomes the opportunity to continue to work with other groups.

“As a dairy community, we need to be diligent in finding commonalities in our approaches to improvement,” Trotter said. “We all know how diverse this industry is, so reaching consensus takes time. Whether we do get to full agreement on pricing reform remains to be seen. For our part, Edge is looking at this proposal as a starting point. We continue to pursue collaboration, building relationships one at a time.

“The end result must be a system that fosters transparency, trust and collaboration between farmers and processors, and a more attractive marketplace for both parties.”

A more flexible system that gives each federal order the authority to operate its milkshed in a way that is sensible for that order. This would:

A standard set of “contracting principles” to make the pricing system more fair and equitable and strengthen trust between farmers and processors.

“The present and future of FMMO is at stake, according to Bozic. “Producers don’t have any certainty on how to manage risk. We are trying to create a winning situation that will help the dairy industry for years to come.”

“Our members are depending on us moving this proposal forward in a positive way,” Trotter said. “This proposal is a result of two years of conversation and planning and we look forward to collaborating with others within the dairy industry.” 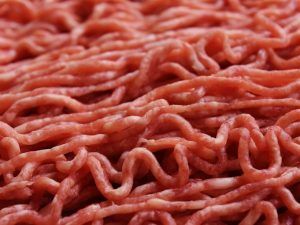