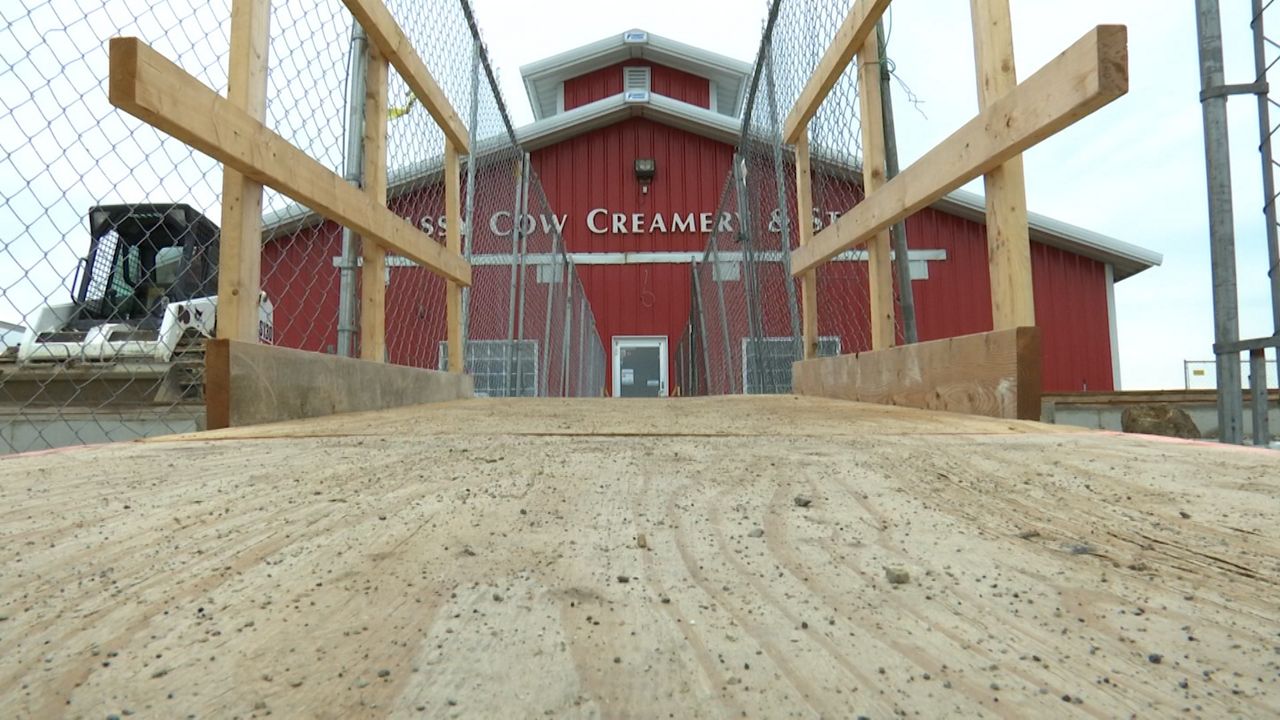 Some farmstead operations that produce and process their own dairy products are faring better in the multi-year depression of milk prices according to the Wisconsin Center for Dairy Research.

Sassy Cow Creamery is one of them. The company produces, processes and packages its own dairy products. The family has owned a dairy farm for three generations before adding a creamery in Columbus 11 years ago.

In that time as suburbs in south-central Wisconsin expand, so has Sassy Cow Creamery’s client base.

“They all keep expanding and they get closer to us so you know as farmers it’s hard because that’s good farmland, but for us as a business that draws in the public it’s been good for us and every year we get a little bit busier in our store and now we need more space,” said Kara Kasten-Olsen, Sassy Cow’s sales and marketing manager.

Now they are expanding the creamery buildings to accommodate a larger customer base. It will come with new products as well like grilled-cheese sandwiches and coffee.

Because they process about three quarters of their own milk into products, they have been able to whether the dipping milk prices of the past few years.

“We’re definitely happy to being able to have control of our milk and the milk price,” Kasten-Olsen said.

Marianne Smukowski, outreach program manager with the Wisconsin Center of Dairy Research says there are a few businesses like Sassy Cow in the state. Companies that have found success in niche markets producing and processing its own dairy products.

She says they’ve seen more farmstead operation in the state over the past few years and seen them succeeding. Though Smukowski said if a business is going to get into it now, they need a lot of planning.

“Really do the research, really have the business plan in place, make sure you have your ducks in a row,” Smukowski said.

That includes getting all of the proper licensing from state agencies.

Kasten-Olsen saw that trend too, though she thinks the boon in adding processing was about five to 10 years ago.

“It was a little bit easier i think when the milk price was good and you could put the capitol into building your own processing facility, now it’s a little more difficult,” Kasten-Olsen said.

Even though business is good enough for sassy cow to be adding on, it doesn’t mean low milk prices aren’t hurting them and companies like them.

“We’re a little bit sheltered from it, but we still definitely feel the pressures of what other dairy farmers are feeling, we’re a little bit more isolated having our own processing plant,” Kasten-Olsen said.

Sassy Cow still sells about a quarter of its product to an external processor for butter production. So in that sense the low milk prices hurt them. Though they sell milk throughout much of Wisconsin and Illinois in stores and markets where they need to be competitive with larger processors selling cheaper milk.

Overall though they have seen growth in a consumer-desire to buy local products. Kasten-Olsen said while when they opened the creamery it was a smaller trend, now she thinks its mainstream.

Smukowski agrees, she also said it’s a customer trend that has helped companies like Sassy Cow that operate and sell in a smaller region.