The first-generation farmer was elected as the ninth President of the Pennsylvania Farm Bureau Nov. 16, during the group’s 72nd annual meeting in Hershey, Pennsylvania.

The rise to head up the state’s largest agricultural advocacy organization was one Hoffman never planned. In fact, he never planned to be a farmer before he took a job in the pork industry more than 30 years ago.

Hoffman, of Juniata County, has grown to be an enthusiastic and knowledgeable advocate for farmers, and he’s excited at the opportunity to use that passion to lead his membership as they work with the state’s new elected leadership.

“I look forward to being a part of all of us working together to drive us into the future that people want to be a part of this organization,” Hoffman said, after the election in an address to the membership. “I want to be the organization that people look to when they have questions and one that farmers need every day.”

Hoffman is succeeding Rick Ebert, a dairy farmer from Westmoreland County, who has been serving as president since November 2014.

Hoffman started working at a hog farm after high school to bide his time and make some money until he could enter the Pennsylvania State Police Academy. He always saw himself with a career in law enforcement.

Hoffman rose quickly through the ranks of the farm he worked at. He went from scraping pens to being the assistant manager of the farm within six months of working there. In another six months, he was managing a 850-sow farrow-to-feeder farm.

Four years later, he realized he could go out on his own and start his own farm. He remembers telling his parents his idea to buy a farm and showing them the plans to build a hog barn.

“My mom looked at me and said ‘Why would you want to get dirty everyday?’” he said, in an interview with Farm and Dairy. “It was a total shocker to my mom and dad.”

They eventually came around, once they saw that his plan to make a living as a farmer wasn’t so crazy after all.

Hoffman bought his first farm in 1994 and another in 1999. His second farm is the reason he became so involved in the Farm Bureau. He had been a member for years, after being pressured by a fellow farmer in the area to join, but he didn’t think he personally needed the group.

When he was in the process of buying his second farm, he ran into issues with some residents in the community who wanted to more heavily regulate farming in the township. He realized that some of his neighbors and other residents living in his rural community were much more disconnected from farming than he thought.

“People thought I was going to pollute the water and environment with my farm. Meanwhile, at the time, I was the first one in the county with a nutrient management plan,” he said.

This experience and the help he received from Farm Bureau in navigating the issues he faced with getting his farm up and running, inspired him to become more involved.

In 2019, he was named Pig Farmer of the Year by the National Pork Board. He also serves as a member of the Pennsylvania State University Board of Trustees.

He runs Lazy Hog Farm, which includes a sow farrow to wean, a nursery barn and a finishing barn. He also operates a poultry barn raising broiler chickens. Hoffman lives in McAlisterville with his wife, Selina. Between the two of them, they have four children and four grandchildren.

Whether Shapiro will keep Russell Redding on as Agriculture Secretary or whether Redding will stay on is not yet known, so Hoffman is preparing to potentially work with a new head of the state department of agriculture. There will also be a new head of the Department of Environmental Protection. Secretary Patrick McDonnell left the post in July, and Ramez Ziadeh has been serving as acting secretary since.

There are also a number of new elected state legislators that were just elected in the midterms. Pennsylvania Democrats won a majority in the state House of Representatives for the first time in 12 years, taking 102 seats in the 203-member chamber.

“We have a huge job ahead of us,” Hoffman said. 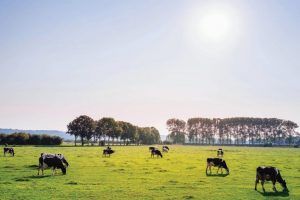 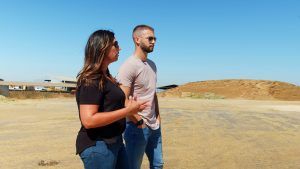