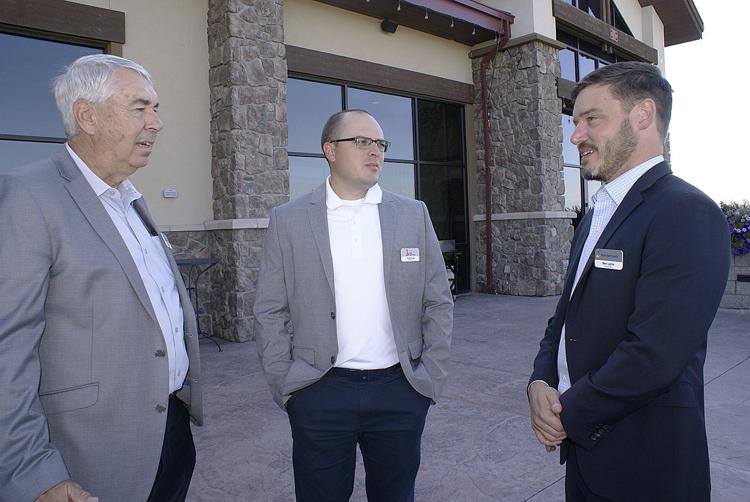 TWIN FALLS, Idaho — Things are looking up in the dairy industry, a welcome change for farmers after more than four years of low milk prices.

“Overall, things are pretty good. We’re at the upper end of prices we’ve seen since 2014,” he said.

Production per cow is still increasing, but fewer cows are offsetting it in the U.S., he said.

“Although Idaho’s bucked that trend somewhat with more cows,” he said.

Nationwide, the cow count was down 82,000 head in July from a year earlier. Idaho’s count, however, increased 10,000, according to USDA.

“That’s a good place to be when the rest of the country is basically slowing down,” he said.

Idaho’s producers can take advantage of the opportunity, responding to higher prices with more milk production, he said.

The challenge, however, is hitting the barrier of processor capacity. One option for avoiding that is to buy up smaller herds from producers who are exiting the business and already had a market for their milk, he said.

That scenario is what’s driving the consolidation that been going on. USDA’s Census of Agriculture shows herds are growing, he said.

Idaho is ahead of the curve in the changing landscape, he said.

“The growth opportunity is going to be in the export markets. That’s a commodity business. Being able to produce large quantities at low cost, that’s an advantage,” he said.

On the milk production side, people often think more processing capacity is the answer. But, ultimately, it’s demand that’s needed, he said.

“The opportunity to find markets for dairy products is going to be in the export market — and grow processing capacity through that,” he said.

For now, flat milk production has given demand a chance to catch up. Milk prices are better than they have been in several years, he said.

“There are positive factors and less risk to the downside,” he said.

The risk ahead is if production comes back in a big way, he said.

Something else to keep an eye on is a recession or a global economic downturn in 2020, he said.

He’s also watching the trade spat between the European Union and Indonesia, which could be beneficial for U.S. dairy exports. Indonesia is threatening to raise tariffs on imports of EU dairy products in retaliation of the EU’s anti-subsidy duties on Indonesian biofuels.

Oceania dairy industries would be the first in line to gain market share in Indonesia, but the U.S. would be next. That could make up for some of the lost U.S. whey sales to China, he said.