Fonterra | Fonterra must win back trust 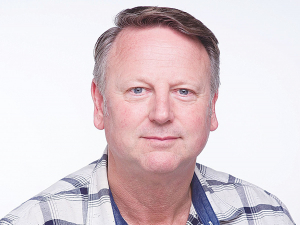 Victor Rutherford is the only self-nominated candidate running for the Fonterra board.

A candidate for the upcoming Fonterra board election says the co-op needs to get farmers back on board and regain their trust.

Victor Rutherford, an equity partner in a 600-cow farm near Dargaville, believes Fonterra has the potential to be as successful as the small Waikato processor Tatua.

“There’s an old saying: if you keep doing what you have always done and expect to get a different result, it’s not going to happen,” he told Rural News.

“Fonterra is still strong but it needs to be reinforced to a level far beyond where we are now.

“We must do this in order to get farmers back on board.”

“Tatua farmers aren’t on the waiting list at OCD. They are not unhappy, they love their co-op and are proud of what they have achieved.

“I think Fonterra has the potential to be very similar.”

“Farmers need more than just change… I have a strong determination that Fonterra needs to be better than even our new strategy suggests.”

Rutherford, a dairy farmer for the last 23 years, believes his business background and farming knowledge “would add some perspective to the decisionmaking process on the board”.

He is a strong believer in Fonterra farmers holding 100% ownership and control of the co-op.

“That’s my main motivation. If our co-op isn’t there OCD will be setting the rules. Fonterra cannot fail. Whatever it takes we must get farmers back on board.”

Five candidates are vying for two Fonterra directorships this year.

Incumbents Andy Macfarlane and Donna Smit retire by rotation and are re-contesting.

The other three candidates are Philipp Haas, Cathy Quinn and Victor Rutherford.

Apart from Rutherford, the other four candidates all took part in the independent assessment process. Rutherford is a self-nominated candidate with the written support of at least 35 farmer shareholders.

Voting starts October 15 and closes 10.30am on November 5. Results will be announced later that day.