Northern Victorian dairy farmers were pleased with the higher prices.

“The milk price is great, I’ve never seen it so good in all my life — and I’m an old farmer,” Daryl said.

Gordon Emmett milks about 200 head at Stanhope and said the milk prices were good.

“It’s where it needs to be for the cost of the inputs,” Gordon said.

“I can see us making a profit. We supply ACM. We originally went for ACM because they had a good price and we switched over the year of the walk-backs, so it worked out for us.

“ACM guaranteed they’ll pay 10 cents more than Bega. But really, let’s face it, everyone is paying a good price this year.”

“The milk price is fantastic. These are large enough increases that we’ll see a larger profit margin, even allowing for the cost of grain,” Mark said.

“The price is going in the right direction,” she said.

Merrigum dairy farmers Jamie Walford and Sally Rowe recently started their own dairy and are milking about 80 head.

“Because input prices have gone up, it’s not like our profit margin has increased,” Sally said.

“We are with ACM. They came to use very early with a really good deal. We are happy sticking with them because they are easy to deal with and when you need something, they’re there.”

He said the competition at the moment was “pretty hardy”.

“What you’re seeing is demand exceeding supply and that always drives prices.

“As we perform, as time goes on, as we land contracts, we continually review our milk price … the last two years have demonstrated that if it is earned, it is shared.” 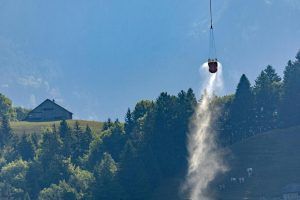