Wachira, a former employee of the defunct East Africa Airways says the Government needs to come on board and address the challenge being faced by dairy farmers in the purchase of feed to ensure they remain in business.

Wachira say that to feed her six Friesian cows, it has taken sheer optimism to cling to her six prized Friesian cows that fetch her at least Kshs. 25,000 every month.

As we tour the 17-acre farm she jokingly comments on how her cows were thin, attributing it to demotivation on the high cost of production saying it led her among other farmers to reduce the number of animals in her farm.

“My cows are not as healthy as they used to be. I no longer feel motivated to keep the cows; I am doing it just for the sake of having them in my farm and not for any commercial purpose as before. If you compare the input cost to output cost, there is nothing to smile about. This is the reason I reduced the number of cows to six just to give me milk,” Mary said.

To produce a kilogram of milk, she spends at least Kshs. 34 in terms of feed cost each day.

A litre of milk at the local Gatitu Dairy Cow Group where she delivers her milk sells at sh 40 meaning she gets six shillings for every litre she milks every day.

In total her three cows give between 30 and 34 litres every day. The other three are currently in calf.

“You can imagine after all the work we have done to these cows; in the end we only get Kshs. 6 per kilo of milk produced. I pay my farm hand from the Kshs. 6 profit. So, what am I left with as the farmer?” she laments.

By May last year, the cost of dairy meal was selling at Kshs. 15 per kilo but to towards the end of the same year the price has now doubled to Kshs. 30 per kilo according to the Kenya Feed Manufacturers Association of Kenya (AKEFEMA)

The sky-rocketing cost has been attributed to scarcity of raw materials such as soya which is usually sourced in Zambia and Malawi.

The government in the meantime has been calling upon farmers to come up with new methods such as cotton production, a ready source of animal feed to help cut the heavy reliance of imports from the regional market.

But Mary attributes the rising cost of livestock feeds to high taxation on imported products such as Soya which in the process has led pushed the burden to the farmer at production level.

In addition, she blames local feed manufacturers who she claims have abandoned the traditional 70-kilogram bag for a 50-kilogram bag when packing animal feeds.

To feed a single cow, she has to use at least two kilograms each day or Kshs. 32. To supplement this, the cows are fed with organically grown grass such as nappier, lucerne and maize stocks to keep going.

Similarly, Mary who recently celebrated her 53rd wedding anniversary is happy that apart from what she earns from milk, she no longer has to be worried about the cost of farm input since this is readily available from the manure from the shed.

In addition, while many Kenyans are lamenting over the high cost of fuel, a steady supply of gas from her biogas digester has never disappointed her since 2010.

“Although I have to bear with the high cost of maintaining the cows, at least I have something to smile about. These cows have helped me in achieving pure organic farming since I don’t have to use any chemicals in my farm for my products to grow. The manure I get is enough for that.

The cooking gas I am using in my house is as a result of these cows. I have been able to put up biogas and I can say it’s a benefit to me as a dairy farmer. I have a reason to continue squeezing myself in rearing these cows,” she proudly narrates.

Mary is calling upon the government to rescue the farmer from making losses by lowering the dairy meals prices.

Livingstone Wakibia,the chairperson of Gatitu Dairy Cow Group wants the government to come up with measures to boost the earnings of dairy farmers which he says are still low in view with the cost of production.

Wakibia says as a local milk collecting entity, there is little they can do to ease the woes of the farmers without the input of the Government particularly in regard to production costs and extension services.

“Our main responsibility is to collect milk from the farmers and then look for a market. We collect 8,000 litres of milk every month then at the end of each month, we pay every farmer according to the number of litres we have collected. We act as aggregators,” Wachira said.

Statistics from Kenya Dairy Board (KDB) shows milk volumes went down by 0.95% last year to hit 679 million litres, down from 685 million litres in 2019.

This is the first time that production of milk in the country had dropped within the last three years, on account of unstable weather that led to insufficient feed.

The year was characterized by floods in some months and dry conditions in others. 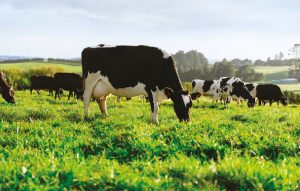 New Zealand dairy giant Fonterra is entering the booming wellness nutrition market as it seeks to attract new customers and grow its business in new directions. 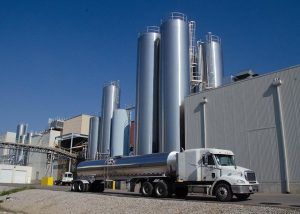