Craig Bell, the co-founder of premium milk company Leitíssimo, likens his product to a time machine. “We have a lot of consumers who told us that ‘this stuff actually tastes nice, this stuff reminds me of my uncle or my granddad or my father’,” he says.

This, he adds, is partly because in a country that has become one of the world’s breadbaskets in recent decades, Brazilians still have a connection to the rural environment.

“I joke that here in Brazil they are only 1.5 generations removed from being an agricultural country, whereas the United States they’re about three,” Mr Bell says. “People have lost a connection to how food is produced — but not in Brazil.”

After starting from scratch shortly after the turn of the century, Leitíssimo has grown rapidly to produce 24m litres of UHT milk a year. This represents a fraction of the total 6bn litres of UHT produced each year in Brazil, but Valter Galan, partner at dairy consultancy MilkPoint Mercado, says: “Leitíssimo makes an extra premium milk that barely others make here.”

The company has achieved this through a combination of innovative land management techniques, selectively breeding cows, vertically integrated production and marketing its products to a more discerning consumer.

Leitíssimo ranked 455th in the Financial Times ranking of the fastest-growing companies in the Americas. Revenues were $15.7m in 2018 up from $9.5m in 2015 and Mr Bell, a chemical engineer by training, forecasts that number to top $18.1m in 2020. “We’ve been expanding as fast as the organic growth of our herd allows us to,” says Mr Bell.

Growth is underpinned by a competitive advantage: there are very few farms in Brazil producing milk from free-grazing cows. And among rivals that do, they lack the vertically integrated dairy business Leitíssimo has — it also produces premium yoghurts and ice-cream through its spin-off, Delicari.

The dairy farm is located in Brazil’s vast tropical savannah, or cerrado, in the northeastern state of Bahía. The weather and underground water supplies guarantee year-round pasture, while the altitude means cooler temperatures for the 4,500 cows. Mr Bell describes it as a “Goldilocks farm that is not too hot and not too cold”.

Mr Bell is a New Zealander who settled here two decades ago, having been the head of the Mercosur bloc of South American countries for the New Zealand Dairy Board. He set up Leitíssimo with his business partner, Simon Wallace, a fellow Kiwi and a son of dairy farmers.

Thanks to the quality of the pasture and selective breeding, Mr Bell says each hectare yields almost three times more milk solids than it would in New Zealand, one of the world’s most efficient producers.

Having a vast natural water resource on the land proved a boon, too. “It also enables us to do another thing, which is why we chose to intensify [farming] on a pretty small area,” he says.

Indeed, as concerns grow in Brazil over deforestation paving the way to intensive agriculture, Leitíssimo is currently preserving 80 per cent of its 5,500ha as native bush linked to a nearby national park. “We keep all the ecological corridors open for animals to freely flow through the farm,” he explains.

The brand offers something different for a growing group of niche consumers, argues MilkPoint’s Mr Galan.

“It does have the appeal of cows grazing freely, producing milk with a higher fat content, and it is a product produced and packaged on the farm itself,” he says. Indeed, Leitíssimo has hosted scores of agronomists and veterinarians over the years who have been keen to learn about its milk production process.

We’ve created a pathway to get New Zealand cows into Brazil without having to import them
Craig Bell, co-founder of Leitíssimo

However, Geraldo Borges, president of Brazil’s Association of Milk Producers, is not sold. “It is just positive marketing for people who believe that raising the animals freely is better,” he says, adding that the end-product is not necessarily superior.

Nevertheless, Leitíssimo commands a roughly 45 per cent price premium over the average milk in the market. Initially, it took some convincing for retailers to buy into the idea of “premium” milk, Mr Bell says, but it now sits on supermarket shelves alongside competitors like Letti, Xandó, and Fazenda.

He is not concerned about the impact of coronavirus on demand. The product remains more of a staple than a luxury good in the eyes of consumers, he says. “[The] proof of the pudding is that we have had to limit sales per customer these last six weeks . . . as we had many existing customers wanting to purchase more.”

Genetics has played a crucial role and the company has imported semen “exclusively” from New Zealand, Mr Bell says. After several generations produced via artificial insemination, Leitíssimo has created a herd of Kiwicross cows in Brazil.

“We’ve had a pathway to effectively getting New Zealand cows into Brazil without having to import them,” says Mr Bell.

Aside from saving on custo Brasil, or “Brazil cost” — the expenses and red tape associated with doing business in the country — this has also enabled stringent animal management, with a database logging every cow on the farm including its health and lineage.

The company is now focused on growing its milk production organically, improving distribution efficiency to high-end food businesses, while opening up further opportunities through Delicari. 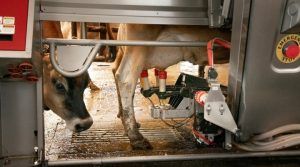 “Big Data on the Dairy Farm: Relational Transformations Across Agricultural Occupations and Organizations With the Rise of Digital Technologies” awarded $1.2 million 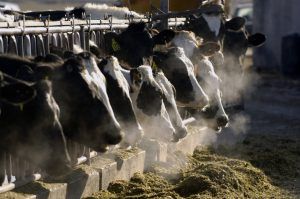 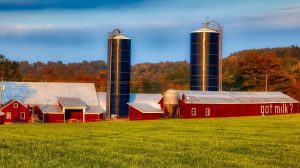