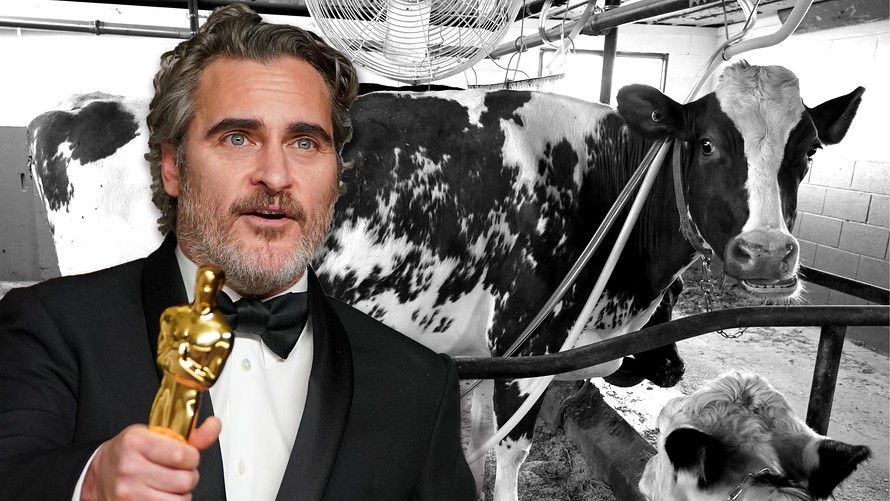 A Wisconsin dairy farmer wants to extend an invite to Joaquin Phoenix after his Oscar acceptance speech on Sunday.

Phoenix, who won the Oscar for best actor for his role in “Joker,” spoke about racial and gender inequality, as well as animal rights in his speech.

“We go into the natural world and we plunder it for its resources. We feel entitled to artificially inseminate a cow and steal her baby, even though her cries of anguish are unmistakable,” he said, according to The Guardian. “Then we take her milk that’s intended for her calf and we put it in our coffee and our cereal. We fear the idea of personal change, because we think we need to sacrifice something; to give something up.”

Phoenix faced backlash from politicians and dairy farmers for his criticism of the dairy industry.

“We just wave it off and go hey ding-dong you don’t have any idea what’s going on here at the farm,” Tom Oberhaus, a Wisconsin farmer, told WDSU. “I mean I’d love it if he’d come out here for a couple hours – that would be awesome. That’s an invite, Mr. Phoenix. C’mon out. See what life is like on the farm.”

Rep. Fred Keller from Pennsylvania called Phoenix’s comments “out of touch,” according to The Hill.

“Phoenix’s rambling remarks about America’s dairy industry prove how out of touch he is with the hardworking Americans who grow our food and create healthy communities.”