A lot of those same people are trying to crack this problem, including one organization that wants to use consumer power to get more local organic dairy on supermarket shelves.

Vermont Public’s Mary Williams Engisch spoke with digital producer Elodie Reed, who covers the dairy industry. Their conversation below has been edited.

Mary Williams Engisch: So tell us a little more about what farmers are going through right now.

Elodie Reed: So I spoke with several organic dairy farmers who all say things are pretty challenging right now. One farmer shared what a friend told him it felt like, that it was “quiet desperation.”

Georgia farmer Jay Boissonneault says it comes down to math, and that the equation for organic milk production just doesn’t work right now.

“I don’t see grain prices and fuel prices coming down in the near future,” he said. “And I’m a little bit nervous for the organic milk market in this country. If those things don’t drop, or if the pay price don’t go up, the organic dairy milk in the United States is gonna crash.”

When Boissonneault says “pay price,” he means the check a farmer receives from the dairy cooperative or company they supply their milk to. That’s not something individual farmers have control over.

And Boissonneault has good cause for concern. State data show a declining number of operations like his. There are about 50 fewer organic dairy farms in Vermont this year than there were a decade ago.

But I spoke with another farmer, Ross Thurber, who says he’s still optimistic. Thurber runs Lilac Ridge Farm in Brattleboro with his partner Amanda.

“I think there’s no way that you can kind of go forth with this kind of lifestyle and not be optimistic,” he said. “So, you know, how we strategize and evolve our business … farming has gone up and down for centuries, markets change, all those things. But I think that this is just a, this is a good moment for us as a community, as a society, to sort of look at what we really want in our towns going forward.”

Thurber says at this moment, people can take for granted the small hill farms in Vermont, and the land access, carbon sequestration and local food they provide.

“Thirty-nine years in the yogurt business have taught me one thing, and that is that we all work for the consumer. The food and beverage world spends literally trillions of dollars to understand consumer preferences… we need to reverse our thinking as consumers, we need to understand that if we ask for it, it will show up.”

Well how are people trying to keep organic dairy farms in business?

There’s a lot of different approaches. Farmers are taking out loans, considering stopping organic practices and returning their operation to conventional dairy, and some are looking into more local retail options where they have more control over their pay price.

In the meantime, organic advocates have been asking companies and dairy cooperatives to raise their milk pay prices. Stonyfield has said it will raise its pay price somewhat for its direct supply program, but farmers say it doesn’t cover the gap for how much it costs to produce the milk.

And Organic Valley, which is really the only organic dairy cooperative Vermont farmers can join, they’ve said they can’t raise their pay prices because of increases in milk transport and processing costs. They’ve also said inflation is shifting consumer preferences away from organic dairy products.

Now advocates, Vermont’s Secretary of Agriculture and even companies are asking the USDA and Congress to give out emergency payments to organic dairy farmers.

In the longer-term, some folks are lobbying for a federal organic dairy risk management program to be included in the 2023 Farm Bill. This would make up the difference between high feed costs and low milk pay price with payments from the program.

Elodie, you’ve also been reporting on efforts to get more local organic dairy brands on the shelves and in the carts of consumers… What have you learned there?

Yeah, so I’ve been talking with folks who are part of the Northeast Organic Family Farm Partnership. They want to create more demand for Northeast organic dairy and support the industry.

This was the idea of Stonyfield cofounder and former CEO Gary Hirschberg. He says the partnership formed in response to announcements last year both by Horizon Organic and Maple Hill Creamery that they would be dropping farms across the Northeast.

And Hirschberg says the consumer is what’s been missing in this conversation.

“Thirty-nine years in the yogurt business have taught me one thing, and that is that we all work for the consumer,” he said. “The food and beverage world spends literally trillions of dollars to understand consumer preferences… we need to reverse our thinking as consumers, we need to understand that if we ask for it, it will show up.”

So far, the partnership has identified 31 local organic dairy brands it can promote. It’s been working with food coops, grocery stores and hospitals, colleges and other institutions to buy more organic dairy from those producers.

How has the partnership done so far? And is it running into any roadblocks?

According to the Northeast Organic Family Farm Partnership’s executive director Olga Moriarty, their biggest success has been getting more than 30 Northeast colleges to commit to sourcing more local organic dairy through Sodexo, a food service company.

“We are working with sustainability coordinators in the Sodexo — like under the Sodexo umbrella —we’re helping them figure out ways to get to the right people… with the right producers, so that they can get access to this product,” she said.

One example is Miller Farm in Vernon, whose bottled milk is now being served at the University of Vermont. Farmer Peter Miller told me about a poignant moment he had while handing out samples at the university. He actually ran into the nephew of Ross Thurber, the farmer we heard from earlier. And Thurber’s farm provides the maple syrup for Miller Farm’s bottled maple milk.

“He came through line and saw me, ‘Pete!’ and then he all but stood on a table and announced to all of his friends and everybody surrounding, that it was their maple syrup in our milk, our organic milk,” Miller said. “Actually, it was a very powerful moment, because we have a student at University of Vermont studying agriculture, he wants to come back and be an organic dairy farmer. And he saw that product making full-circle up to his school.”

Moriarty says the partnership has also been successful in smaller storefronts, like food coops, which have been carrying and promoting more local organic dairy brands.

She says things have been more challenging with larger supermarkets like Hannaford, where you’re having to go through layers of bureaucracy before something can happen. I did notice, though, on a recent trip to a Hannaford, that there were some “buy local” signs underneath products from Butterworks Farm, which is an organic dairy in Westfield.

What do people think about this idea of consumer power? Is that going to work?

Yeah, I heard mixed opinions from farmers. Some don’t think this addresses the larger issue, which is that the organic dairy industry’s big brands and coops, like Stonyfield and Organic Valley, can’t raise the pay price high enough.

And the partnership readily says that’s not something they can control.

But farmers like Peter Miller do agree that consumers have power that, if wielded, can have ripple effects on the local economy. Miller Farm, for example, currently sells most of its milk to Stonyfield, and then a small amount to the farm’s own bottling operation.

Peter Miller says over the past year, they’ve been able to double the amount of milk they bottle. And while the farm wants to continue working with Stonyfield, he says bottling their own milk is a profitable business. And if more people want to buy it, they can keep growing that business.

And that’s essentially what the Northeast Organic Family Farm Partnership wants. To help local organic dairy farms earn more income from their products so they can stay alive in the region. 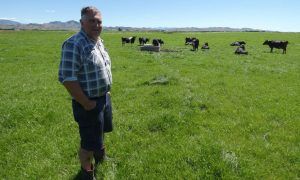 A North Canterbury couple has signed up their large dairy herd for hi-tech collars and fence-less farming, writes Tim Cronshaw. 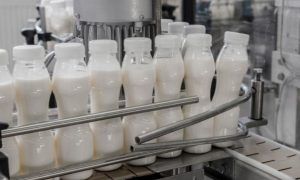 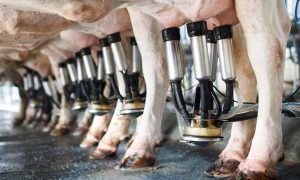