Researchers point out that supplementation with probiotic dairy products can offset intestinal damage caused by the use of antibiotics. 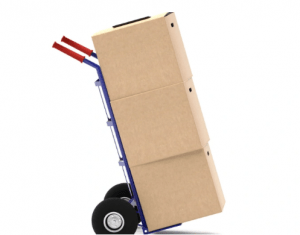 The relationship between health and food is supported by numerous studies and scientific research. In parallel, the market for foods that offer specific health benefits in addition to their basic nutritional functions is continually expanding.

In the segment of dairy products, fermented milk and yogurt stand out for their functional properties, since they are rich in probiotics (live microorganisms capable of improving the balance of the intestinal microbiota) and are easily found in commerce. According to science, foods from this select group have shown better-than-order benefits to our health and well-being.

In a study published in the Journal of Medical Microbiology, researchers investigated the effects of probiotics on the gut microbiota of adult individuals receiving antibiotic medications. For the review research, eleven articles on antibiotics, eleven on probiotics, and seven that addressed both topics were evaluated.

Antibiotics are drugs that destroy or inhibit the growth of pathogenic microorganisms. Their discovery revolutionized human medicine; however, their indiscriminate use has resulted in pathogen resistance and loss of intestinal microbiota diversity, which can lead to adverse effects such as diarrhea, nausea, and vomiting.

Also, in the long term, the effects may increase the risk of obesity and allergies.

According to the authors, it is estimated that 35% of people who are treated with antibiotics have adverse effects, usually mild and limited, but severe cases can be associated with discontinuation of the drug and increased morbidity and mortality rates.

Increasingly, science is in charge of confirming, with method and peer validation, what we are proud to reveal: that the consumption of dairy products is synonymous with health and quality of life!

Wisconsin dairies were among National Mastitis Council’s “cream of the crop” for producing quality milk during its Feb. 2 National Dairy Quality Awards program.