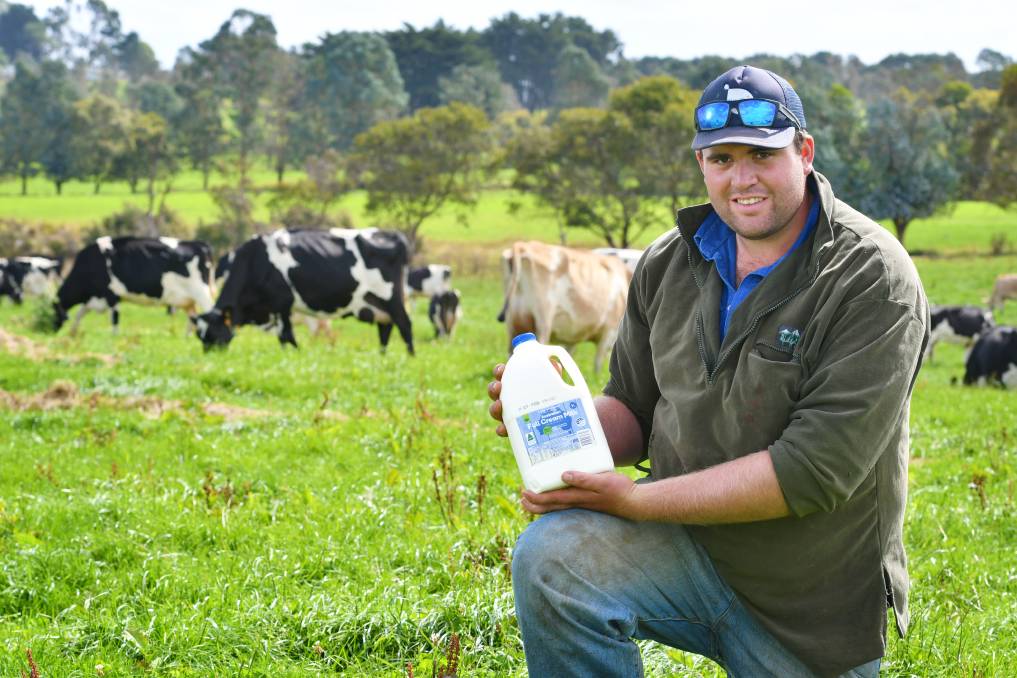 Woolworths has bowed to dairy farmer pressure, vowing to lift the price of house brand milk from $1 to 1.10 a litre nationwide.

The supermarket group will now sell two and three-litre varieties of Woolworths branded fresh milk for $2.20 and $3.30 respectively.

It has promised every cent of the increase will end up with Australian dairy farmers.

Tasmanian Farmers and Graziers Association Dairy Council chairperson Andrew Lester said the move was “a step in the right direction”.

“It will definitely make a difference and it’s definitely a start. We have been campaigning for this for a number of years.

“I think there’s no other commodity that I know that has had a 10-year price halt at the supermarket shelf. So I guess 10 cents is a big step and a step in the right direction.

“It’s important that it’s a national rise because that covers the whole dairy sector it will raise the base level of milk solid in supermarkets, which should deliver a more viable return back to farmers,” Mr Lester said.

“We would encourage all supermarket and retailers to follow suit in this and lift of the base price of the commodity, and then we would like in the future to expand to the whole dairy shelves.”

“Woolworths has different processors within the state that do supply. It’s not as big of a market in Tasmania as some of the mainland but it is a significant part of the industry, and it’s proving that there is value right through the supply chain that can be delivered back to the supplier.”

South Riana dairy farmer Ryan Langley said the increase would mean he isn’t “farming for nothing”.

“It’s a relief to see some an increase in the price. When you are producing a large amount of litres a day, 10 cents does make a difference.

“Some days you do wonder why you are doing the long days, and the 4am starts, especially if you’re not making anything.

“Hopefully this will encourage young people to get into the dairy industry.”

The latest national dairy farmer survey found farmer confidence in the future of the dairy industry had plunged from 75 per cent to just 47pc in the past four years.

The industry survey also showed an alarmingly, 40pc of farmers did not make an operating profit in the 2016-17 financial year.

CEO David Inall said ADF and Woolworths had engaged in “constructive discussions” in recent months around the damage wrought on the dairy industry by $1 milk and other discount dairy products.

We understand the decision to raise the price of a staple household food item was not easy to make, but it was unquestionably the right one,” he said.

“Woolworths should be applauded for having the courage to phase out its $1 milk line, and it is now time for other retailers to immediately do the same.

“The dairy industry has suffered from the debilitating effects of $1 milk for eight years, since Australia Day 2011.”

“Most shoppers are aware of how difficult the past few years have been for the dairy industry. We have been heartened by the outpouring of support from all Australians, wanting to know which brands they can buy to support farmers.”

“Consumers have already responded to the opportunity to put more money back in farmers’ pockets.

“I look forward to Aldi, Coles and other retailers acknowledging public sentiment on this issue and following Woolies leadership on this issue.”

Stay up-to-date and in touch with everything that’s happening in the rural sector with our Tasmanian Farmer weekly newsletter.