Global economic uncertainty apparently isn’t diminishing foreign demand for U.S. cheese, according to a monthly market update from the U.S. Dairy Export Council (USDEC). Multiple factors, especially adequate cheese supplies at competitive prices, put the U.S. in a position to continue export growth in the near term and increase its presence in the international market.
Share on twitter
Share on facebook
Share on linkedin
Share on whatsapp
Share on email
Comment

Based on data summarized in the most recent U.S. Dairy Exporter Blog:

Nonfat dry milk/skim milk powder (NFDM/SMP) was the only major product to see an export decline in June (-14%, -11,288 MT). According to USDEC, the primary obstacle to growing NFDM/SMP exports remains a lack of supply.

First, despite limited milk production growth in the U.S., cheese production has managed to expand.

Second, U.S. cheese has been relatively affordable on the global market, both on a spot basis and in futures markets for the majority of the first half of the year.

Along with the factors mentioned above, the USDEC report said the recovery in U.S. shipping is helping lift overall U.S. export volumes. Mitigation measures, including creation of pop-up container facilities, threats to implement dwell time fees to ocean carriers and the implications of the Ocean Shipping Reform Act, are beginning to make a difference as delayed product secures passage aboard ocean vessels.

After declining for most of the final three-quarters of 2021, the number of loaded outbound 20-foot equivalent shipping units (TEUs) leaving major California ports has been slowly ticking upward this year.

While the West Coast dockworkers contract remains a big shipping unknown, the improvement in container flow bodes well for U.S. dairy export efforts heading into the back half of 2022 – particularly as more attention is paid to correcting additional supply chain choke points.

Economic growth and inflation (from dairy input costs to retail prices) will continue to create export headwinds, but the supply chain arguably is looking up for the first time since before the pandemic, according to USDEC. 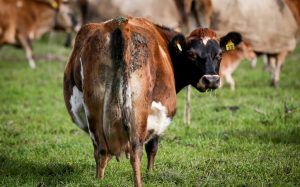 Waikato dairy co-op Tatua is paying its farmers $11.30 a kilogram of milk solids for last season. 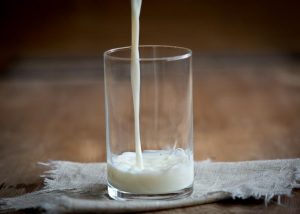