biofuels | Whey, a key player in the food and non-food industry

biofuels | Whey, a key player in the food and non-food industry

Dairy brands are offering more and more product options made from milk and whey. Dairy drink or mix, cooking cream, etc., which are cheaper options than the original products, such as milk itself, yogurt or cream.

Whey, a relevant by-product in the cheese industry, is produced in large volume and contains approximately 55% of the nutrients in milk. Dairy products that include whey are healthy, but do not contain the same nutritional values as the original ones.

Argentina alone produces around 9 million tons of cheese whey per year. More than half of it is discarded, so it must be treated as industrial effluent in order not to contaminate soil and water.

Milk powder and milk compound have the same packaging, but are not called the same. Powdered milk is made from dehydrated milk, without any other additives. It naturally contains sugar, vitamins, minerals, fats, proteins and other substances.

Lactobionic acid: whey is not the only thing that whey is good for feeding us.

Gold and chemistry can be used to extract lactose from whey and transform it into lactobionic acid, which is used to preserve human organs for transplantation and in the cosmetics industry.

The Catalysis and Catalytic Engineering Research Group of the Catalysis and Petrochemical Research Institute (Incape), which is part of the National University of Litoral (UNL) and CONICET in Argentina, is working on a catalytic process for the conversion of lactose into lactobionic acid.

What if consuming dairy products is also good for your vehicle?

Researchers from the National Universities of Río Cuarto and Villa María in Argentina have succeeded in producing biofuel from whey, generated in large quantities by the region’s cheese industries.

With a microorganism of high biotechnological potential that has the capacity to use the lactose present in cheese whey, they were able to produce bioethanol, suitable for blending with gasoline.

For each kilogram of cheese produced, around nine liters of whey are obtained. In Argentina, around 9 million tons of whey are produced and Villa Maria alone contributes around 50 percent of this amount.

Argentina, unlike countries such as Brazil, does not yet use pure bioethanol as fuel for vehicles, but it does use a 12% cut in gasoline.

To produce bioethanol they are currently working with Kluyveromyces marxianus strains. There are other strains, such as those of Saccharomyces that are used in yeasts for baking, in the wine industry or other food products, and listen: beer, this week we saw in EDAIRYNEWS how milk stout is already being produced in Spain.

Innovate, innovate, innovate… the possibilities are endless. We complicate our existence so much with the consequences of food production, and we are able to discover how to turn these weaknesses into great advantages.

Consuming dairy products is good for us, and those who produce them are working so that we can continue to do so, with less and less impact.

Have you had your glass of milk today? 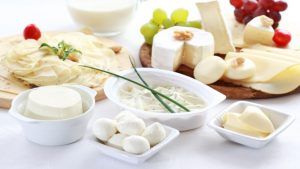 The consumer industry continues to be a hotbed of innovation, with activity driven by health and wellness, convenience, and the growing importance of plant-based/alternative proteins, food safety and transparency, and personalised nutrition. In the last three years alone, there have been over 450,000 patents filed and granted in the consumer industry, according to GlobalData’s report on Innovation in Consumer: Dairy protein modification. 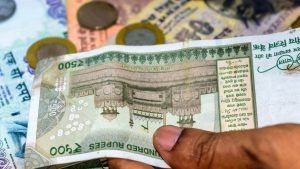