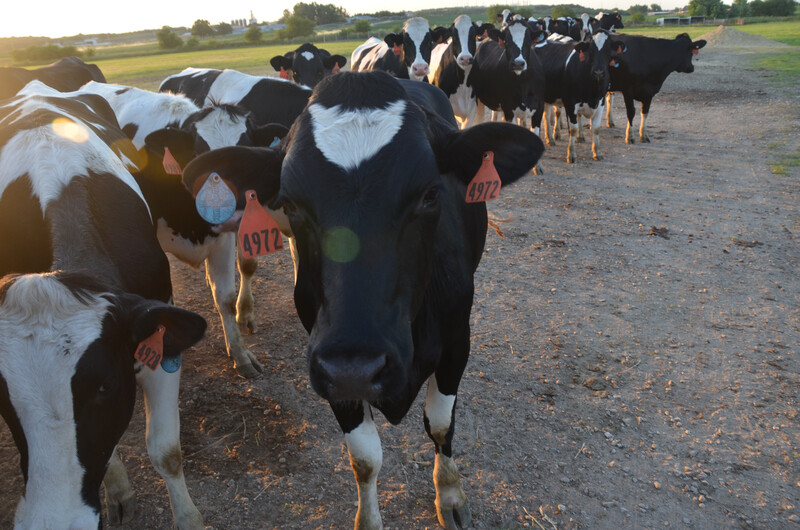 Heifers need to be 85% of mature body weight after calving. ( Farm Journal, Inc. )

There has been a somewhat on-going but low-key debate over whether calving heifers at early ages increases lifetime milk and revenue.

Early calving has been promoted because it gets heifers in the milking string faster, decreases heifer inventory numbers and reduces heifer feed and rearing costs. While some of these early calving heifers perform as expected, others don’t.

Gavin Staley, a veterinarian and technical service specialist with Diamond V, has looked at more than 450,000 Dairy Comp records on 174 dairies and believes he has found the answer to the conundrum. Heifer maturity, defined as weight at calving, really, really matters, he says.

In fact, weight at calving not only determines first-lactation performance, it pretty much sets in stone lifetime performance and your herd’s overall performance. “First lactation milk production sets the ‘ceiling’ for the whole herd,” says Staley. “The herd cannot out-perform the production level set by first lactation animals.”

Through the analysis of these records, Staley found four consistent facts in herd after herd:

• These differences appear to be independent of the level of production or milking frequency.

And here’s the kicker: Every pound of “missing” body weight will cost 7 pounds of milk production. So one month of growth deficit before calving costs 7 months of lactation.

If you calve early, heifers have to grow faster to reach mature body weight. For example, assume your herd’s mature body weight (average weight of 3rd, 4th and 5th lactation cows at 80 to 120 days in milk prior to becoming pregnant) is 1,520 lb. Close-up springers then need to weigh 1,444 lb (95% of mature weight). Subtracting the heifer’s 85 lb weight at birth means the heifer will have to grow 1,359 lb from birth to calving to reach her target growth. Following is the rate of gain she must then achieve, depending on age at freshening:

“These are quite ambitious growth rates. Out in the industry, average daily gain is more in the range of 1.75 to 1.8 lb/day,” says Staley.

If you are only achieving 1.8 ADG, heifers calving in at 22 months will not only be slower growing but have fewer days to achieve their mature weight goals, meaning they could be 75 or 100 lb underweight—or more. That has profound impact on milk production. “Sixty pounds of heavier weight at calving equates to 3 to 4 pounds more milk production per day,” says Staley.

So what’s the solution? The first thing is to collect data.

Get mature body weights on your 3rd, 4th and 5th lactation cows at 80 – 120 days in milk.
Weigh heifers as they freshen.
Set heifer health and growth goals for all stages of heifer development, from colostrum feeding through calving, and then meet them.
Weigh calves at various stages of growth to determine if your heifer program is achieving rate of gain goals.
If you are, you can confidently breed heifers to calve at 22 to 23 months.
If you are not meeting growth goals, delay breeding so that heifers are reaching their maturity weight goals at calving.
You can learn more by listening to Staley’s 55-minute presentation presented at World Dairy Expo:

Jersey heifers follow the same pattern as Holsteins, producing less milk the earlier they calve. Work by Todd Birkle, a veterinarian and ruminant field specialist with Diamond V, shows that there is nearly a 2,500 lb/cow difference over the first three lactations between Jersey heifers that calve before 21 months of age and those that calve after 23 months.

“This is more than the rBST response in Jerseys,” notes Staley. See chart: