There were close to double digit falls in spot prices across the dairy complex. Growing concern around demand dynamics in consumer markets is weighing on markets.

Sluggish imports from Chinese buyers is a key driver of the current price direction.

New Zealand milk supplies have continued to lag last season’s flow, with September 2022 production back to 3.2% YOY. Season-to-date supply is trailing behind the prior period by 3.7% YOY.

Most regions’ production has been impacted by lacklustre spring. Some production may have been clawed back by the time peak flows hit in late October.

Final processing tallies are in for the 2022 season. Overall, the total number of cattle processed was down 5.2% compared to the 2021 season, with lower numbers of prime beef, cows, and bulls being processed.

Steer and heifer slaughter numbers were anticipated to be around 1.5% and 5% lower YOY respectively, in 2022 – slaughter numbers peaked in 2021 off the back of increased bobby calf retention in 2019. The number of cows processed was around 69,000 head fewer YOY – a strong milk price likely incentivising farmers to retain more dairy cows.

Meanwhile, the number of bobby calves processed in spring 2022 (July, August & September) was 3% lower (52,000 head) compared to 2021. The meat industry was expecting higher numbers of bobby calves to come forward for processing as dairy farmers that supply Fonterra prepare for the introduction of zero onfarm euthanasia of bobby calves from 2023.

As expected, the South Island lamb price peaked in September and moved lower through October, sliding to NZ$ 9.25/kg cwt at the end of the month. While the lamb price remains historically high, it has moved lower than the schedule for the same time in 2021 (lower by NZc 15/kg cwt).

A turbulent economic situation in New Zealand’s key lamb markets – China, Europe, and the US – is flowing through to softer demand and export earnings.

Reduced natural gas prices brought profitability back to manufacturers, with plant curtailments in Europe declining from 67% to 37% for nitrogen.

This represents a 45% recovery in site numbers since 2022’s energy price escalation and adds roughly 4m tonnes of urea back to the supply chain on a yearly basis. International prices are beginning to reflect this recent status change, but some regions show minimal price reductions. Baltic Sea urea spot prices moved from NZ$ 940 to 1,030/tonne to a range of NZ$ 910 to NZ$ 1,000/tonne during October, down 3% MOM.

After reaching a year low of US$ 0.55, the New Zealand dollar slightly recovered by the end of October, trading between 0.55 and 0.58 against the USD dollar.

With expectations of another hawkish 75-basispoint rise from the Fed, US dollar strength is expected to continue in the short term.

We expect the US dollar’s strength to turn around on a 12-month timeframe, allowing NZ$/ US$ to recover to 0.62 in 12 months. 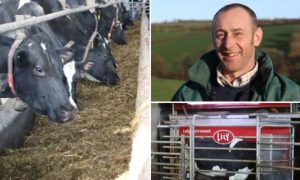