The Ernakulam Regional Cooperative Milk Producers’ Union (ERCMPU), as part of its diversification plans, will set up a bakery, spices powder unit, and a chocolate paste-making facility, besides manufacturing bottles for its own brand of clarified butter.

ERCMPU is spread over Thrissur, Ernakulam, Kottayam and Idukki districts and has a dairy farmer base of around one million under 1,000 primary milk societies.

The expenses of commissioning the diversification projects were likely to be met through the union’s own funds, said ERCMPU chairman M.T. Jayan. He added that the projects were being finalised, and that the actual investment involved would have to be worked out on the basis of the project reports.

However, he said that the investment would be considerably reduced as the union had basic infrastructure facilities at the locations where the proposed facilities were planned.

The bakery unit will come up at Muringoor near Chalakudy in Thrissur, where an underutilised chilling plant exists. The building complex and other facilities will be utilised. It was expected that cakes from the new unit could hit the market by Christmas next year, if not earlier, said Mr. Jayan.

The chocolate paste-making unit will come up at Muvattupuzha, where an unused milk chilling plant exists. Bottles for packing the Milma brand of clarified butter will be made at Marangattupally, where the union has another chilling plant lying idle.

A quality spices powder unit is being planned at Rajakumari in Idukki district. Work on the projects would be launched in a phased manner, said Mr. Jayan.

He said the recent hike in milk price would benefit farmers. Of the ₹6 hike, farmers will get more than ₹5 per litre. The festival season is expected to see a jump in milk sales. The union sells around 4,45,000 lakh litres of milk a day, of which around one lakh litres are sourced from other States, including Maharashtra. The cost of transportation of milk from Maharashtra comes to around ₹6 a litre.

The incident happened on Saturday when the dairy owner sent the accused to collect payment of ₹2 lakh from a hotel at Ludhiana-Ferozepur road; he collected the payment but did not come back to work 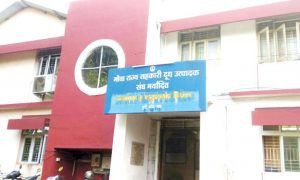