Prime Minister Shri Narendra Modi said, “Dairy business is very important in the development of the state and nation. Gujarat has been a leader in the  cooperative sector. Today, the dairy market of the state has crossed 1 lakh crore. The participation of women in dairy business has increased and also empowered them.”

Milk Chilling Plants were operational in villages of Gujarat. As a result, there has been a major change in the lives of cattle breeders. Prime Minister Shri Narendra Modi further said, “ Today, the work of forming 10 thousand Farmer Producer Associations in the country is under progress.  Due to this, farmers will be directly connected with the value added supply chain and will also increase their income. The income of farmers has increased and animal husbandry and fish production have also increased in the country including Gujarat. The turnover of Khadi Gram Udyog is more than Rs 1 Lakh Crore due to which one and a half crore people have got employment in the villages.

Mentioning about the Kisan Credit Cards given to more than 3 crore farmers in the last 2 years by Central Government, the Prime Minister said that the government is working to reduce the cost of agriculture. The price of urea,used as fertilizer in agriculture, has increased but farmers have been exempted from its burden. The government sells urea to farmers at Rs. 300 despite the fact that it purchases at a price of Rs. 3500.The government bears the burden of Rs. 2500 per 50 kg of DAP.

Chief Minister Shri Bhupendra Patel said, “Prime Minister Shri Narendra Modi has shown the path of ‘Sahkar Se Samruddhi’ to the nation and has taken a visionary step towards revolutionizing the dairy sector by launching and laying foundation stone of various plants worth Rs. 1030 crores. This gift shall bring ‘Amrit Kaal’ of White Revolution for Sabarkantha, Aravalli and North Gujarat.”

The cooperative sector has been a major contributor in Gujarat’s development in the last two decades. Gujarat’s developmental journey has been uninterrupted since early days, i.e right from Independence era to the White Revolution. It is this land of Sabarkantha where tribals fought against the British and contributed to the Indian Freedom Struggle. Their sacrifice, at Pal Dhadvav, reminds of various freedom fighters. India is celebrating ‘Azadi ka Amrit Mahotsav’ under Prime Minister Shri Narendra Modi. The PM has called upon the citizens to pay tribute to our brave martyrs by joining the ‘Har Ghar Tiranga’ program from August 13 to 15. The Chief Minister has committed to hoist tricolors on 1 crore houses across Gujarat.

Gujarat has progressed leaps and bounds under Prime Minister’s guidance and vision. Today, the state is benefitted due to the ‘Double Engine’ government.

Chief Minister also added that Gujarat is a leader in milk production. In the last two decades, the number of milk producers in the state has increased from 21 lakh to 36 lakh.

Sabar dairy was started by Bhura Patel, Gopal Patel and Ambu Patel, the cooperative pioneers of this district, in 1964 with only 19 village milk societies and 5100 liters milk collection. Due to their vision and hard work, the dairy purchases 40 lakh liters of milk per day from 1800 milk societies and distributes 10 crores of rupees per day to the cattle breeders. The diary has a plant in Rohtak too. To add, Sabar Dairy procures milk from cattle rearers of Rajasthan, Maharashtra, Punjab, Haryana and Andhra Pradesh thereby enabling them a source of income.

The powder plant worth Rs. 305 crore, tetra pack plant worth Rs. 125 crore and cheese plant worth Rs. 605 crore are important initiatives of Sabar dairy in the dairy industry. This approach of producing essential products apart from milk, curd or buttermilk is a welcome initiative as it shall play a pivotal role in increasing the income of both, the animal breeders and dairies.

Navsari MP Shri C R Patil said that milk production has emerged as an independent business. The contribution of women in this sector has led to the development of Sabarkantha- Banaskantha. To add, women have become leaders in animal husbandry and ultimately led to prosperous families.

Talking about the development of Sabar Dairy, Chairman Shri Shamal Patel said, “Sabar Dairy has been operating for 58 years. It provides adequate prices to the milk producers and ensures that government scheme reach the cattle rearers. In 2001-02, the number of cattle owners associated with the dairy was 2,50,000. This has increased to 3,85,000 in 2021-22. Sabar Dairy’s annual turnover was Rs. 351 crores in 2001-02, which has now increased to Rs. 6805 crore. At present, 33 lakh liters of milk is processed here daily. This dairy is the fastest growing dairy not only in India but also in the world.

He added that the Sukanya Yojana has been implemented and the dairy is now committed to shifting farmers towards natural farming.

The Prime Minister awarded the certificates to the daughters of the cattle rearing families who were the beneficiaries of the ‘Sukanya Samruddhi Yojana’. More than 20 thousand girls will be benefited through the dairy. Women cattle breeders with exemplary performance in the field of milk production were honored by the Prime Minister. 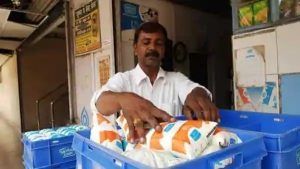 Mother Dairy is one of the leading milk suppliers in the Delhi-NCR market and sells over 30 lakh litres per day in poly packs and through vending machines. 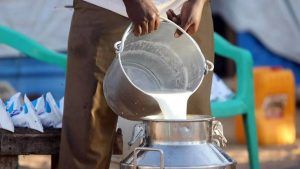 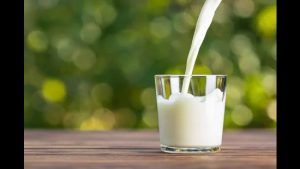