It was brought from other countries such as New Zealand to meet this significant need, but the situation has fully reversed. Amul flipped the entire scenario. India supplies milk to other countries and controls the dairy sector. It completely dominates the market, whether it is milk, butter, powder, yoghurt, or any other milk product.

How did Amul start its journey?

Amul’s architect was the late Dr Verghese Kurien, considered the “Milkman of India”. In 1949, he was assigned to oversee a dairy in Anand as a government official. Having repaired agricultural machinery, he revolutionized India’s dairy industry with the White Revolution (or Operation Flood).

The new dairy, complete with a milk processing facility, opened in October 1955, the same year that dairy science made a breakthrough—for the very first time in the history of the world, buffalo milk was processed into a manufactured commodity. The word ‘Amul,’ derived from the Sanskrit word ‘Amulya’, which means ‘valuable’ or ‘priceless’, was selected to promote the Kaira Union’s milk products. It is also used as an abbreviation for Anand Milk Union Ltd.

Dr. Kurien had a dream. He wished to provide small-scale dairy farmers with top-notch facilities and coordinated marketing, both lacking in the dairy industry at the time. As a result, the Gujarat Cooperative Milk Marketing Federation (GCMMF) was established in 1973 to sell milk and all milk products produced by Gujarat’s six district cooperative unions. GCMMF is India’s biggest dairy exporter, and Amul is the parent brand for all of its goods.

The honour of laying the foundation stone for AMUL is shared by two people, namely:

The business model of Amul

It has a three-tiered structure that incorporates municipal social orders, regional dairies, and state-level organizations. Every level is financially independent of the others.

This rural dairy cooperative association includes every single milk producer in the community. Following that, as is customary, these members chose their representatives. These elected officials oversee district milk unions as a group. The milk and its products, as well as their processing, are then taken over by district milk unions. Following that, they deliver their milk products to the regional milk federation, thus eliminating the need for intermediaries. The state milk federation then acts as a distributor, facilitating the sale of milk and its products straight into the market. As a result, revenue is distributed similarly downwards.

From the start, it was assumed that this strategy would immediately benefit and improve the conditions of poor farmers, ultimately contributing to the betterment of society.

IFCN, a worldwide dairy research network, was named the ninth largest milk processor in 2018. Amul was rated 18th in 2012, but it has risen 10 to the current 8th position in just eight years. After two years, Amul has surpassed Dean Foods in the worldwide rankings. In 2018, the American dairy behemoth controlled 1.1% of global milk output.

Moreover, Amul is India’s most prominent food product marketing organization, with around US $5 billion in annual revenue. It procures about 24.6 million litres of milk daily from over 25,000 villages throughout 33 districts, with 18 member unions and 3.64 milk producer members. 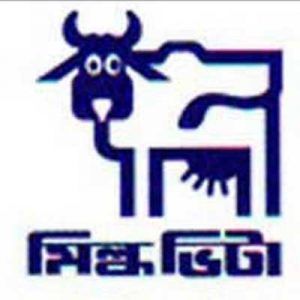 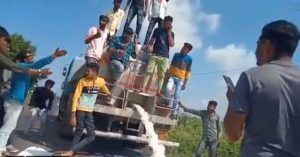