This as-told-to essay is based on a conversation with Simmy Decker, 21, a health policy research assistant in Boston. The following has been edited for length and clarity.
Compartir en twitter
Compartir en facebook
Compartir en linkedin
Compartir en whatsapp
Compartir en email
Comment

I was a freshman at Brandeis University in Boston in March 2020, and when the pandemic hit, we were all sent home. There was a lot of general uncertainty around what the school year in the fall would look like.

My friend and I got a Worldwide Opportunities on Organic Farms (WWOOF) membership, which costs $40 for a single or $65 for two people. WWOOF aims to grow the sustainable farming movement by linking volunteers with organic farmers.

We reached out to farmers in Hawaii and the Pacific Northwest. Hawaii was locked down, but Left Foot Farm, about 55 miles south of Seattle, accepted us. We stayed there from August to November 2020.

It’s a five-acre farm with around 100 goats, and about 70 of them needed milking (others were adolescents or males). There were also two alpacas, and a lot of chickens and ducks.

Around 14 volunteers were typically working on the farm. The first milking shift started at 7 a.m., with another at 5 p.m. There also were three feed shifts each day, egg washing and processing, watering the garden, and chores. On a typical day, you would do a mix of all these things.

We got two days off weekly and free food

The farm offered cabin accommodations and ingredients for daily meals.

Generally, we worked around six hours per day, for five days weekly. We stayed in cabins around the farm, which isn’t always the case with WWOOFing. I later volunteered on a Hawaii farm that required us to camp in tents.

All of our meals were covered, but not prepared. As a college student, it was really great to learn how to cook for myself. There was pasta and other ingredients, as well as a garden that we could use with vegetables like squash and zucchini. I recall making raspberry cobbler and picking the raspberries fresh.

Sometimes there were landscaping projects, like pruning the raspberry bushes. The worst job was mucking the stalls every three months or so, which involved removing poop and putting down new hay. Afterwards, we all took long showers.

When we weren’t working, we could hang out in the farmer’s garage. He had transformed it into a lounge with a TV where the volunteers could mingle. I also loved to read with the goats in the garden.

On our days off, we traveled about 40 minutes to Mount Rainier National Park for hikes, swims, and walks.

The experience changed my life

My favorite part of my stay was interacting with the goats. They are really sweet creatures. They would often approach me when I was reading and rub against me. At a time when we were lacking physical contact due to the pandemic, animals became a great source of that.

It was also eye-opening to live in rural America, after spending my childhood on the East Coast just outside Philadelphia.

After the goat farm, I worked on two farms in Puerto Rico, and one each in Hawaii and Massachusetts. The experienced inspired me to write my senior honors thesis on food sovereignty and food apartheid in Puerto Rico. 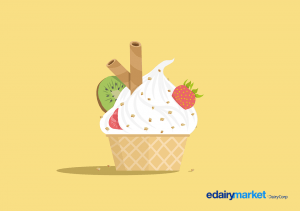